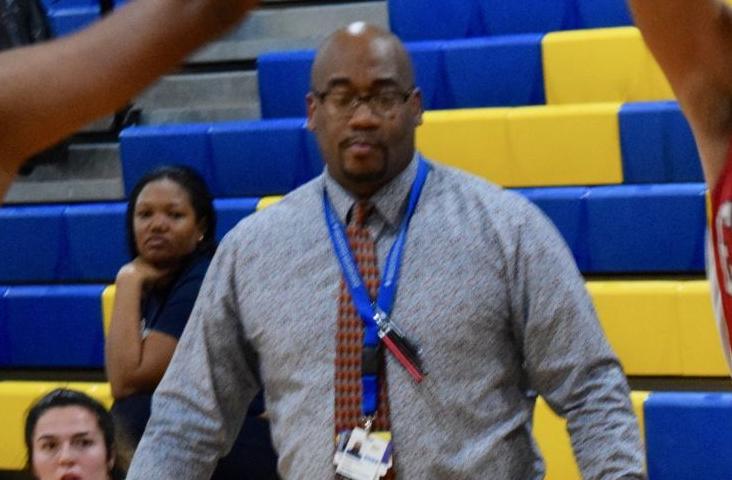 After one season as Cambridge-South Dorchester High girls’ head basketball coach, LaShawn Tucker is moving on.

The opportunity arose from ongoing conversations between Tucker and Barnes about recruiting, dating back to before the COVID-19 pandemic. Tucker was promoting his players — particularly standout rising senior Kenya Jones. As the conversations progressed, the tone changed a bit.

“She starts asking about what my interest would be in getting back into college basketball. And I said I do have interest,” Tucker said. “And then one conversation led to another — this is before the pandemic — and we stayed in touch. And I got a call. I thought it over, prayed on it, and decided it was best, not only for me, but (for) other players on the Shore, to open up a door for them. So I made the move.”

In Tucker’s lone season at C-SD, the Vikings posted a 9-10 regular-season record and won one playoff game before falling to cross-county rival North Dorchester in a Class 1A East Region II semifinal.

C-SD athletic director Kareem Otey was pleased with Tucker’s work leading the girls’ basketball program. She said he had a lot of positive momentum going and was in the early stages of building good things for the future. Tucker agreed.

Tucker said it was tough telling his team the news, but the players understood. He told them he’ll still be around if they need anything — he’ll still teach ninth grade English at C-SD.

Otey was a little surprised by Tucker’s move, but said he handled it the right way. She said he called her to let her know before he told anyone else.

“We’re happy for him,” Otey said. “He was a great coach. Very enthusiastic, obviously knew the game. And the girls really took to him and his coaching style. So we’re definitely going to miss him. But he’s still going to be at C-SD, teaching, so he’ll still be around. So we’re happy about that. And we’re happy about his move. Anytime you can go up to the college level, that’s awesome.”

Tucker said his role at Chesapeake will be recruiting locally, utilizing the existing connections he has with current high school athletes. He praised Barnes and the work she’s done as head coach, and said he wants to help continue the Skipjacks’ success.

“I pride myself on new challenges,” Tucker said. “And I think this is a great opportunity. I kind of transition into the role. I’m going to be doing a little bit on the offensive side and special teams. So it’s kind of things that are up my alley. So I’m kind of excited about it.”

The pandemic didn’t impact Tucker’s move. The Maryland Public Secondary Schools Athletic Association postponed fall and winter sports on Aug. 3, casting further doubts and unknowns over the 2020-21 high school basketball season. Tucker said it wasn’t easier or harder to make the move during the pandemic, but it made it interesting.

“Now we have to go about doing things a little differently,” Tucker said. “The players aren’t all back on campus yet. And also, you have to be mindful of the COVID-19 regulations and just different things like that. So I wouldn’t say it’s hard. It’s different. Different transition.”