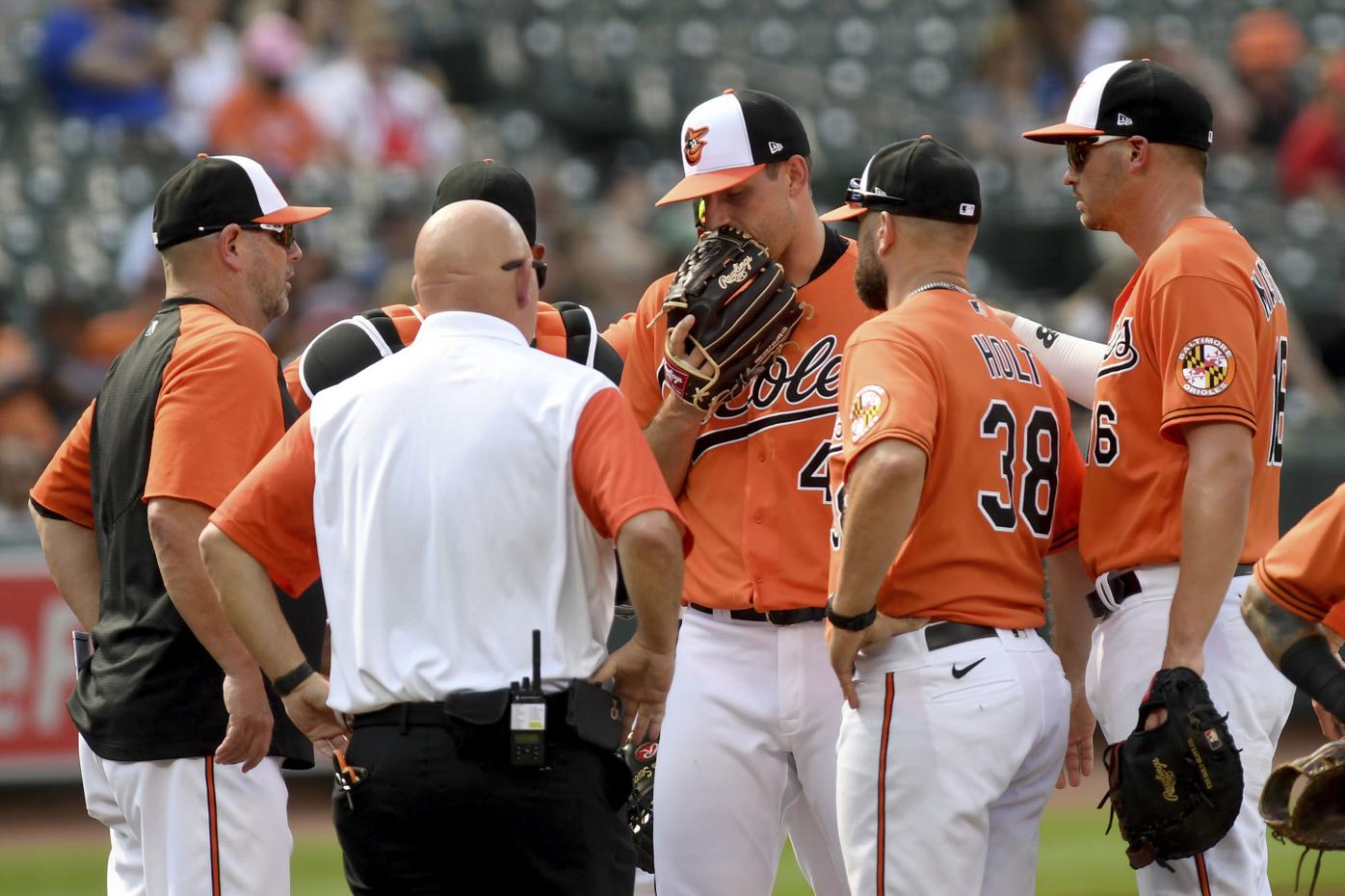 Orioles starting pitcher John Means, center, speaks to a trainer before leaving the game with a shoulder injury during Saturday’s first inning. 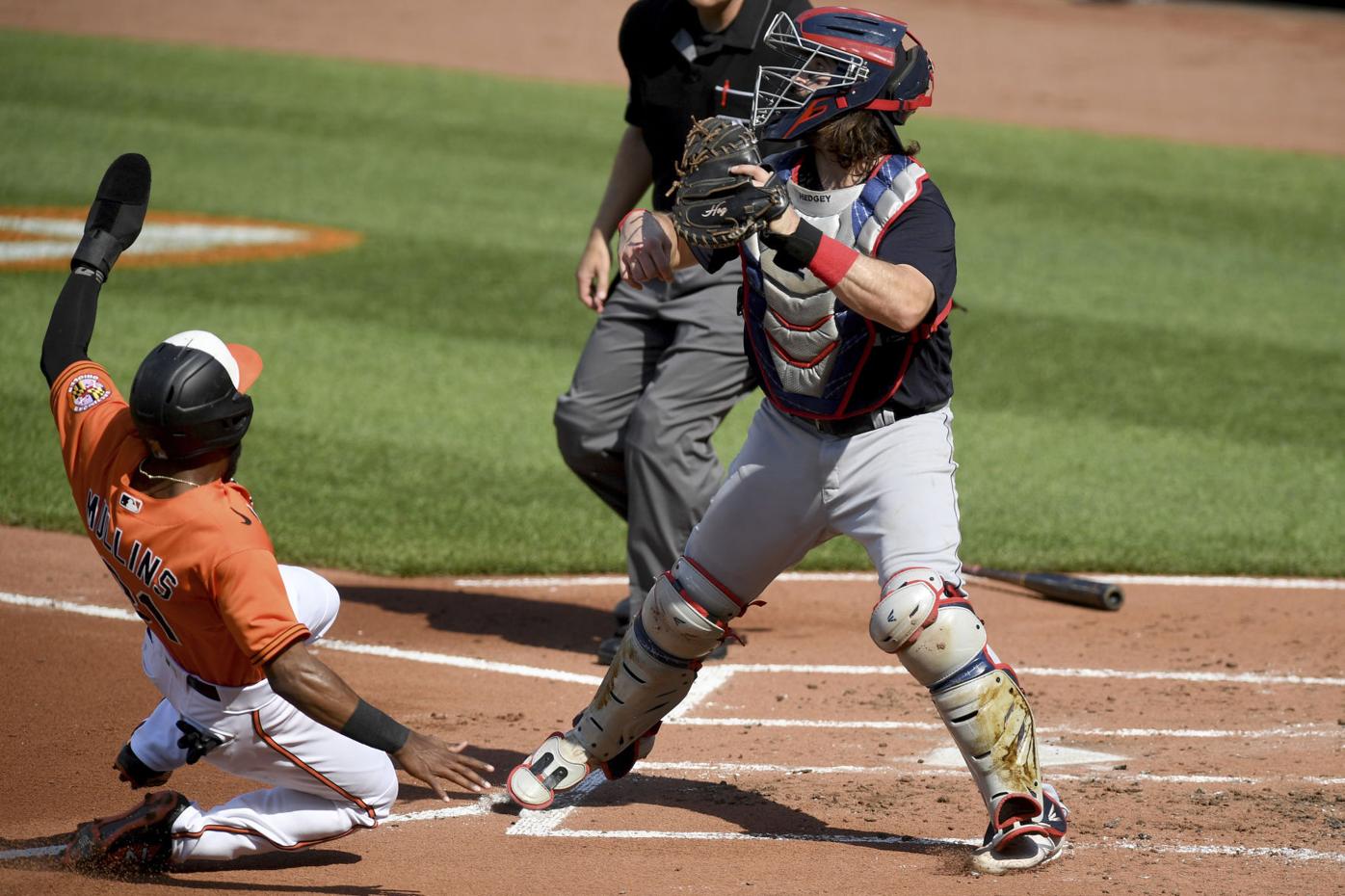 Orioles starting pitcher John Means, center, speaks to a trainer before leaving the game with a shoulder injury during Saturday’s first inning.

BALTIMORE (AP) — Cesar Hernandez and Harold Ramirez homered off Baltimore ace John Means, who exited in the first inning with shoulder fatigue Saturday as the Cleveland Indians beat the Orioles 10-4.

Means (4-2), who pitched a no-hitter at Seattle on May 5, faced only five batters. The left-hander surrendered a leadoff homer to Hernandez and a solo drive to Ramirez with two outs.

Means said he had similar experiences earlier in his major league career, but had avoided it until after games this season. He felt it when he was warming up Saturday, and later when he was extending while releasing his pitches in the first inning.

“It’s not major,” Means said. “It’s nothing serious. It’s more annoying than anything. I’m going to try and flush it out right now and try to attack some weak areas that are there.”

Means had gone at least five innings in all but one of 11 starts this season. His 2.05 ERA at the start of the day (which rose to 2.28) ranked second in the AL, while his .173 opponents’ batting average was third in the league.

It is uncertain whether Means will require a stint on the injured list.

“I don’t think we know right now,” Hyde said. “He’s going to get an MRI tomorrow and we’ll know more after getting some tests done.”

Civale, who has gone at least five innings in each of his 12 starts, allowed seven hits and four runs in six innings while striking out four. Civale has won five of his seven road starts, including three in a row.

“Today wasn’t the best control I had of my stuff and body,” Civale said. “That stuff is going to happen. It was hot out there and I haven’t pitched in that kind of weather in a long time. I was just trying to go back to what I do best, and that’s control my pitches. I wasn’t controlling location very well, but I was still around and near the strike zone.”

Cleveland broke it open with five runs, just one of them earned, in the third against reliever Adam Plutko. Amed Rosario reached on second baseman Stevie Wilkerson’s error, followed by three consecutive singles. Chang then hit a two-out, three-run homer to make it 7-1.

“He’s a strong kid,” Cleveland manager Terry Francona said. “You saw that ball went a long way. He can do some damage. We’ve seen it. Hopefully, he can take a deep breath and maybe we start to see the Chang we think we’re going to see.”

Ryan Mountcastle hit a solo shot in the sixth for Baltimore. Mountcastle has homered four times in five games after hitting four in his first 48 games this year.

Morgan gave up six runs in 2 2/3 innings on May 28 to Toronto in his lone appearance with the Indians. The 25-year-old Bauers was hitting .190 with two homers and six RBIs in 100 at-bats.

“I don’t doubt that Jake’s going to hit; I just don’t know if it was going to be with us,” Francona said. “Sometimes guys figure it out on their second or third team or a little later in their career. Jake has the ability to be a good hitter. I don’t doubt at some point that somebody will see that.”