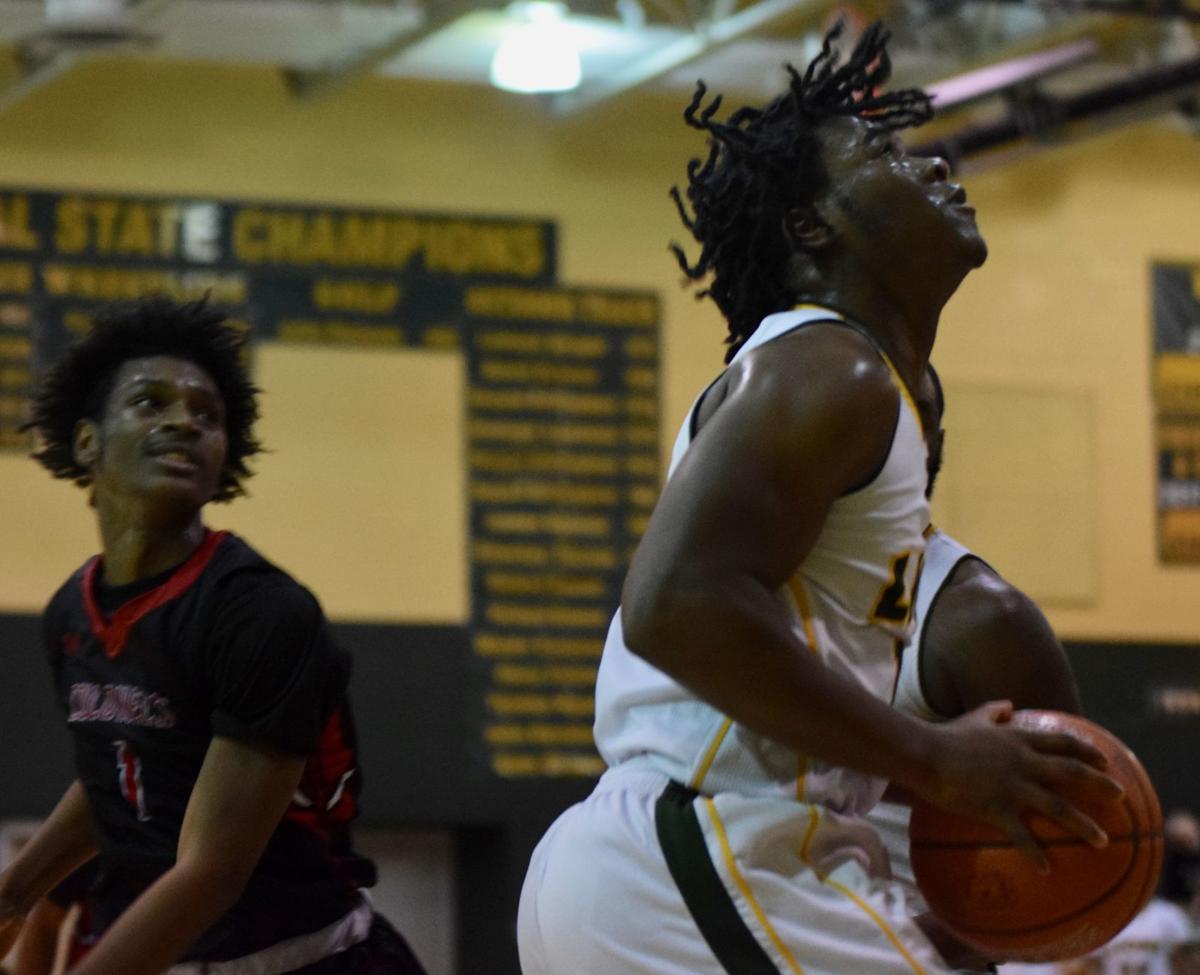 Queen Anne’s’ Devrin Turner goes up for a shot as Colonel Richardson’s Rakai Jones looks on. 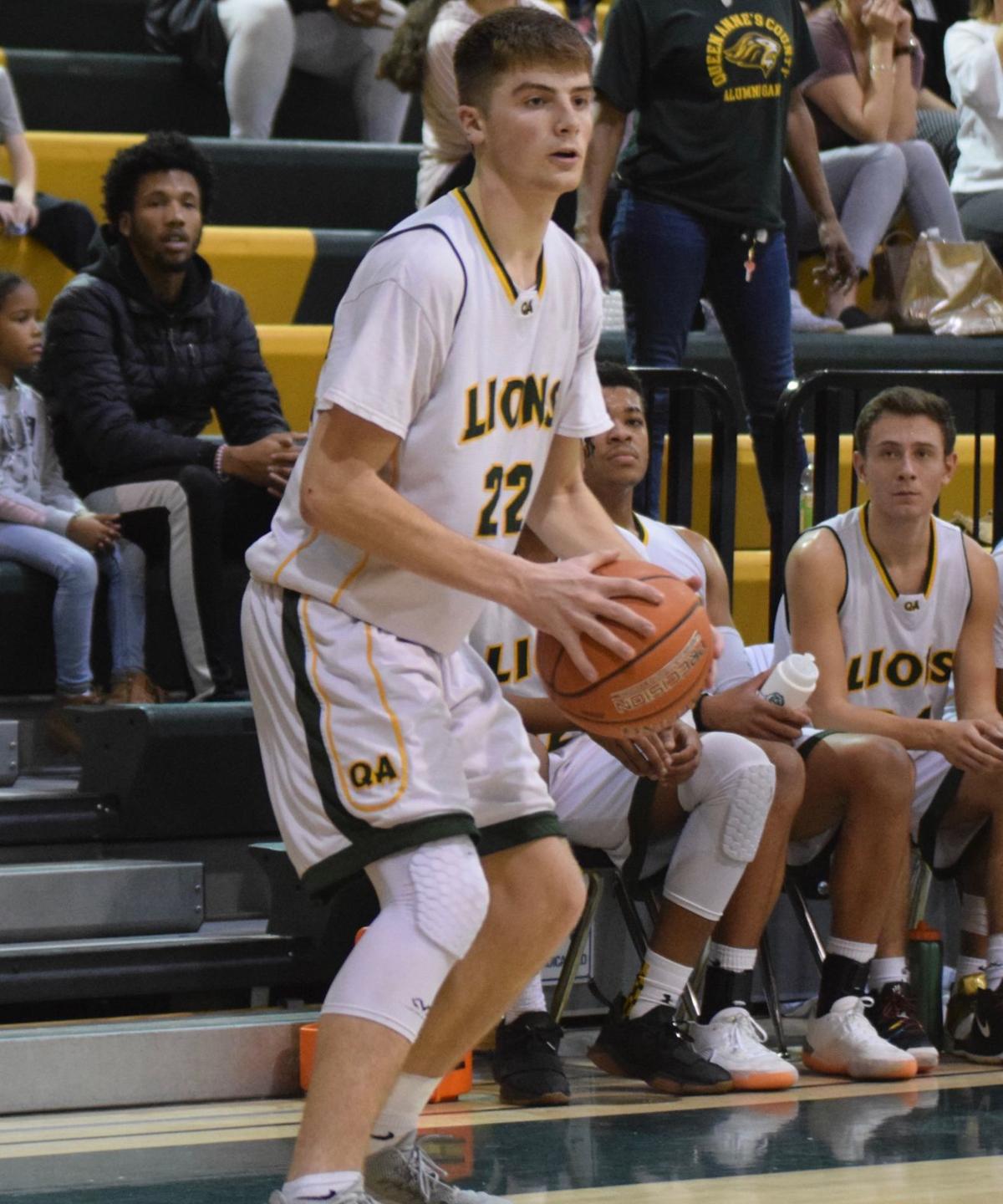 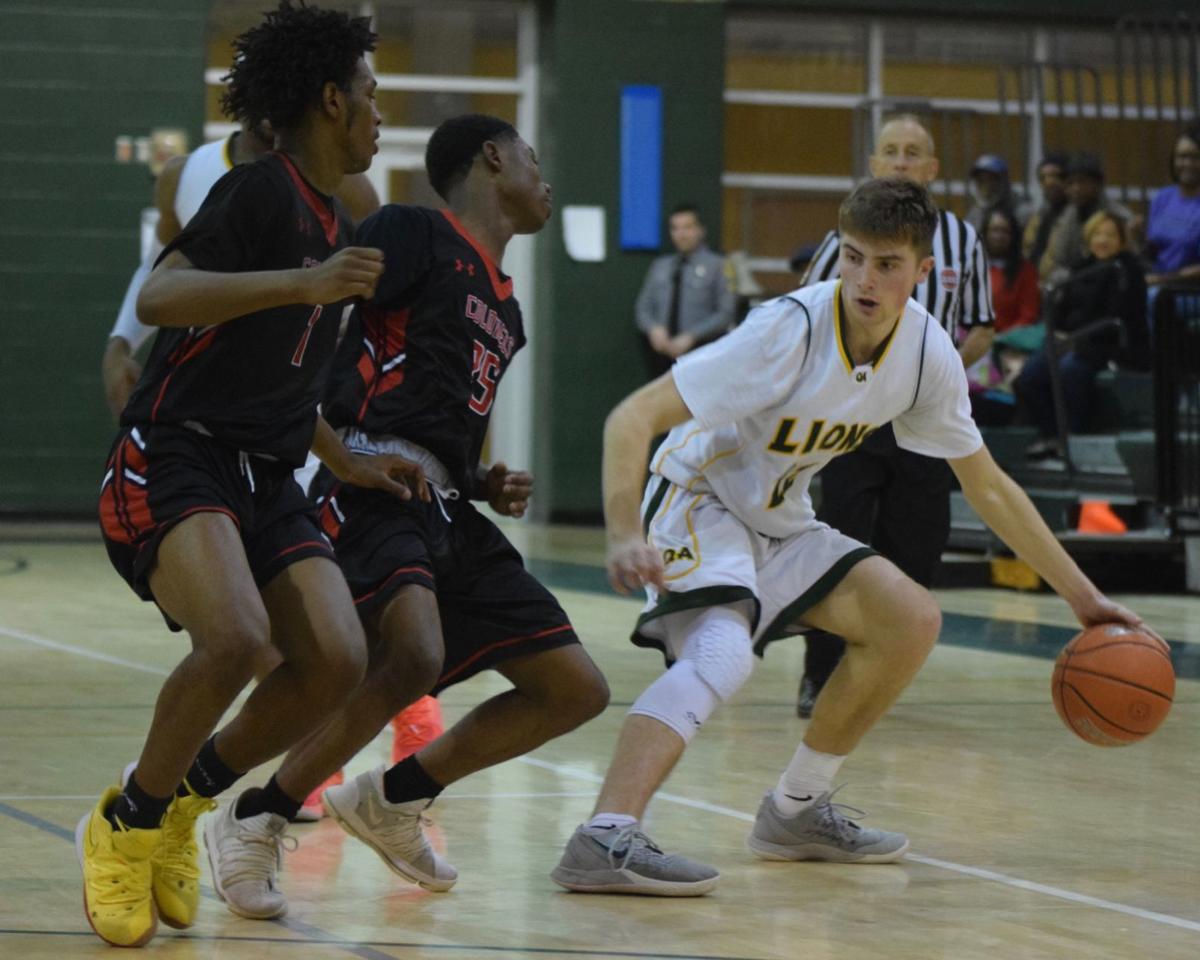 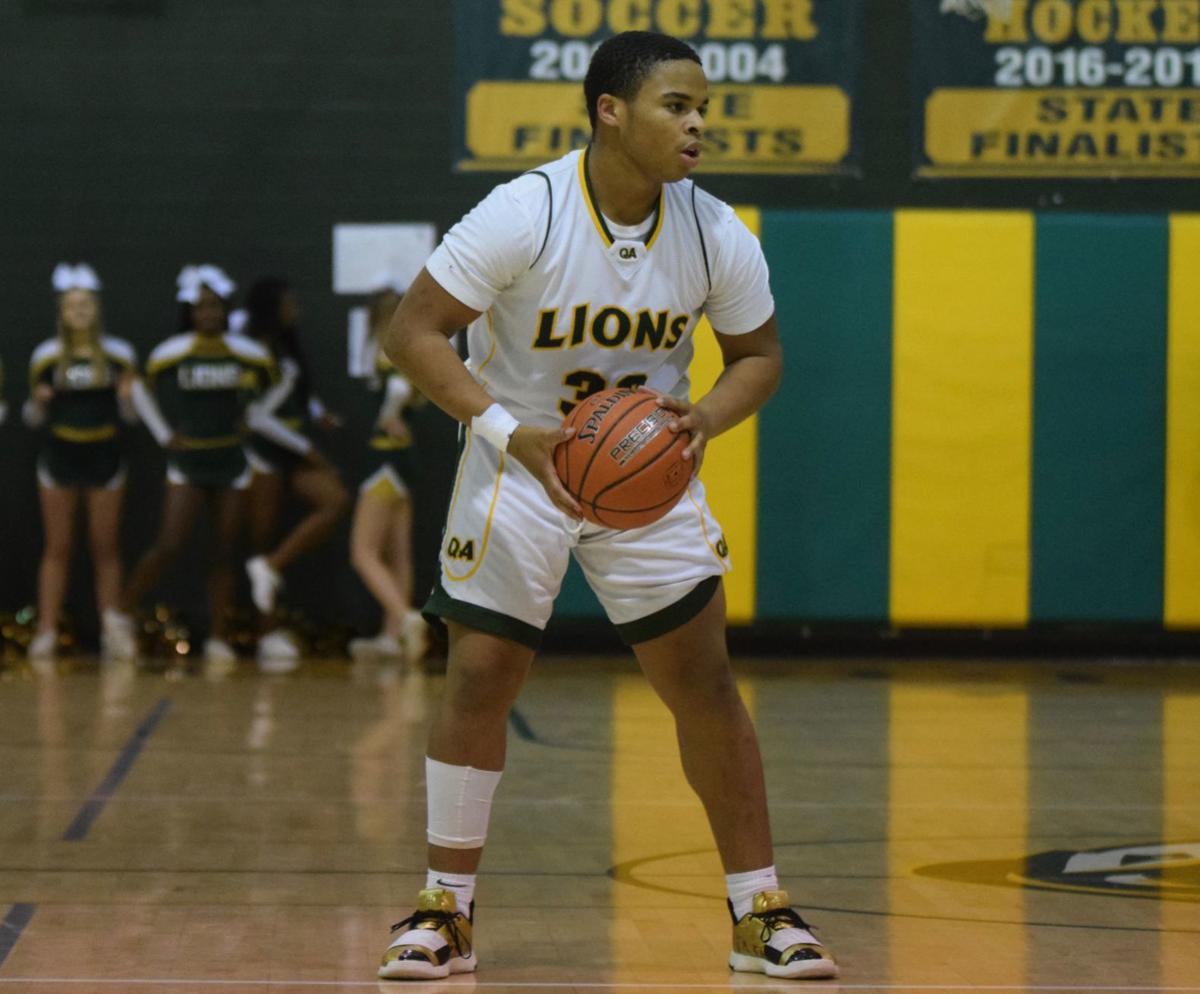 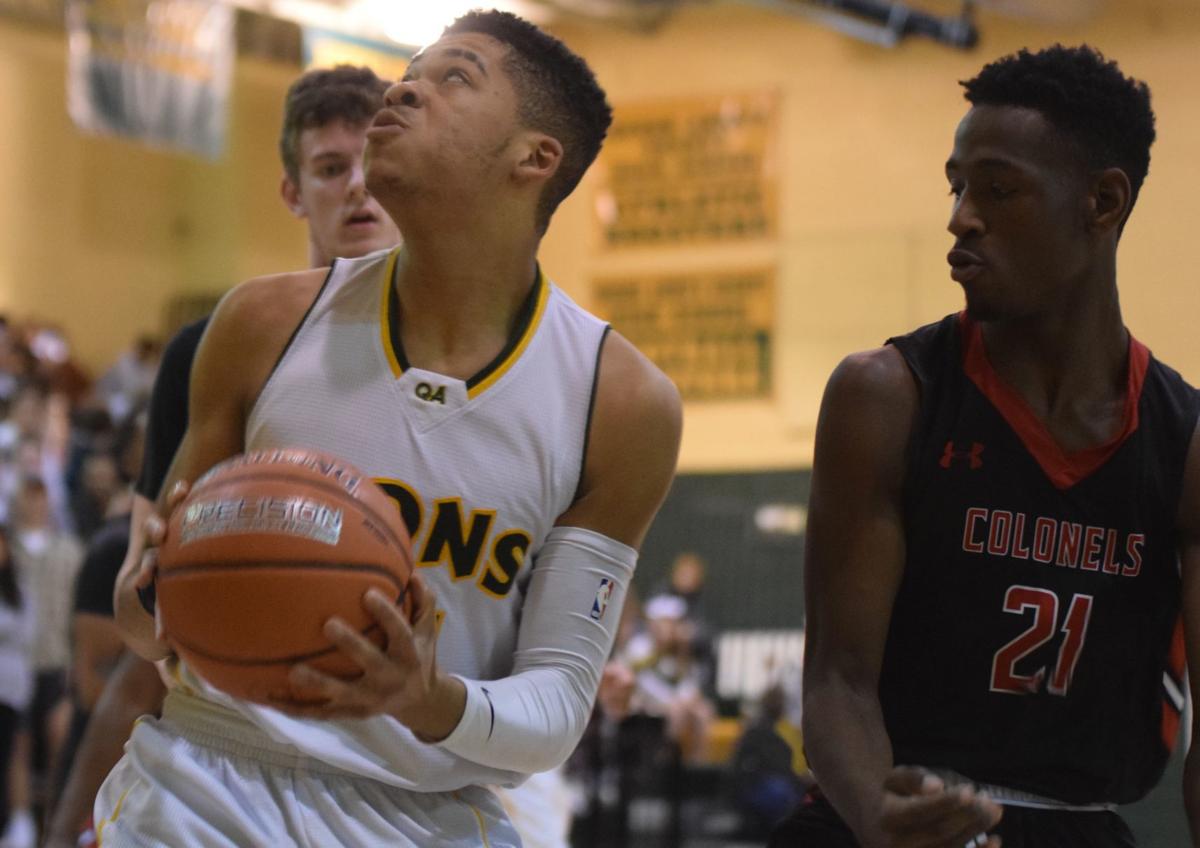 Queen Anne’s’ Kam-Wilmer Johnson goes up for a shot inside with Colonel Richardson’s Cameron Lake defending. 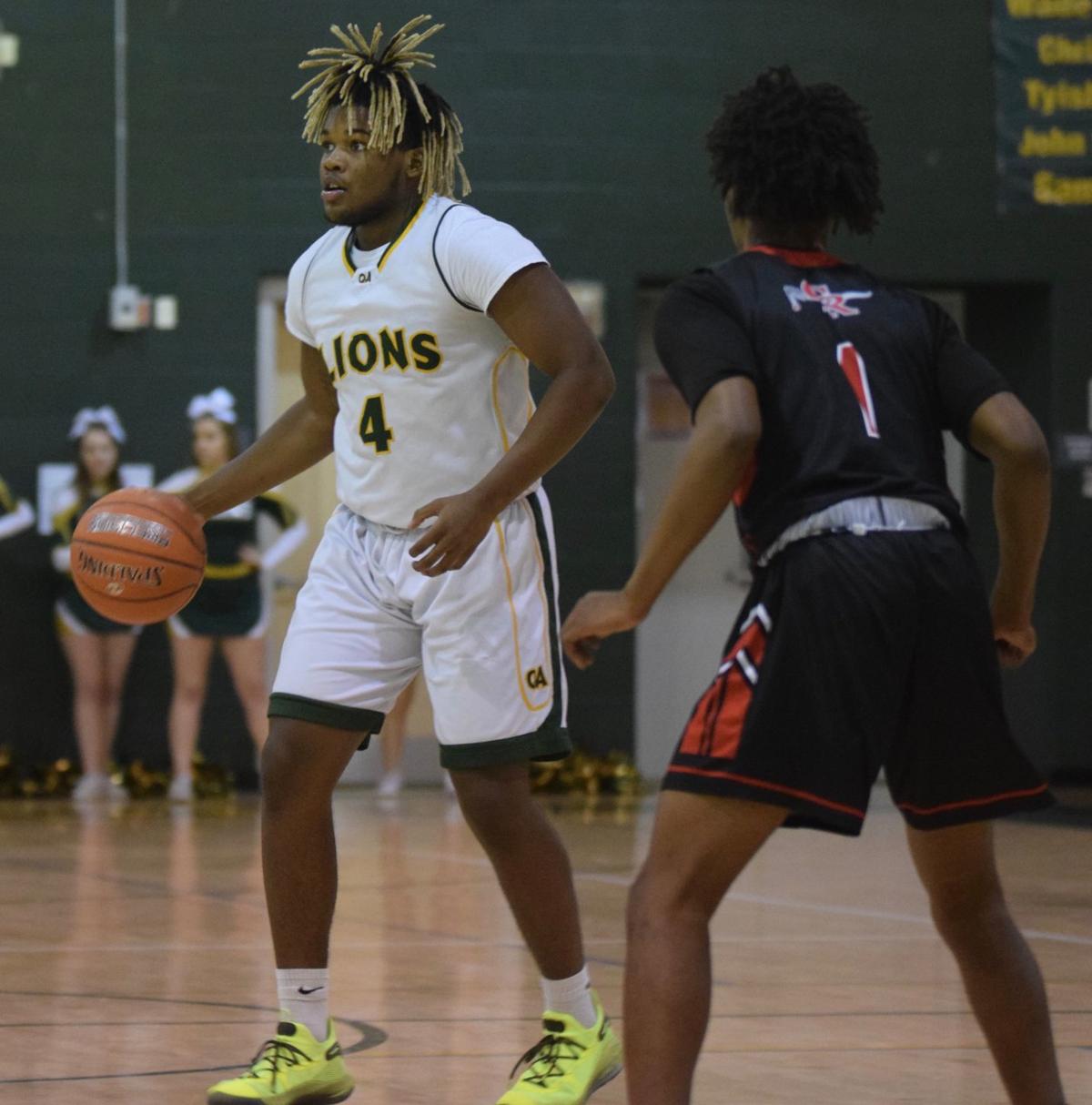 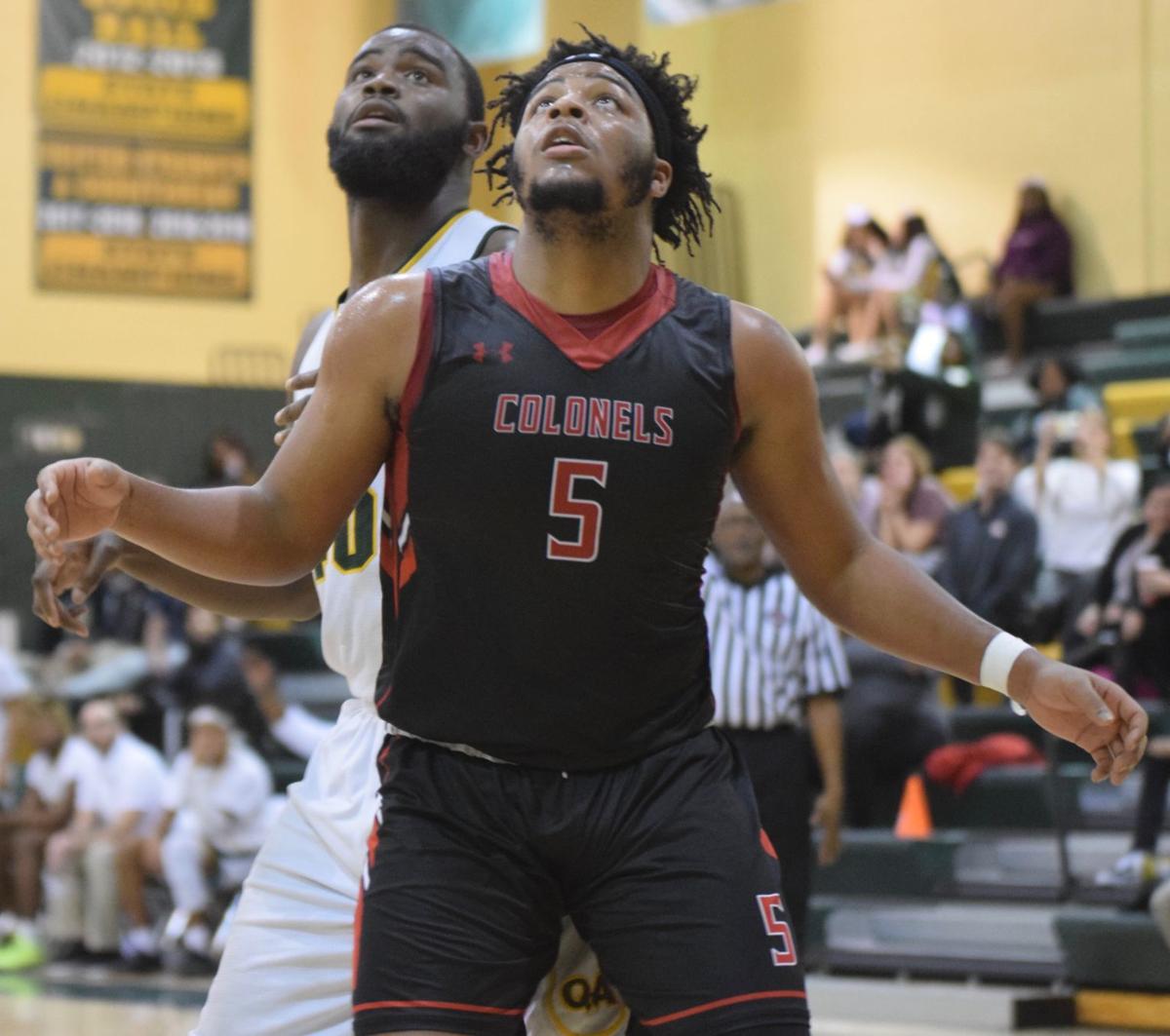 Queen Anne’s’ Devrin Turner goes up for a shot as Colonel Richardson’s Rakai Jones looks on.

Queen Anne’s’ Kam-Wilmer Johnson goes up for a shot inside with Colonel Richardson’s Cameron Lake defending.

CENTREVILLE — When Queen Anne’s County High’s boys’ basketball team had trouble working the ball inside against Colonel Richardson, its most proficient outside scorer came to the rescue.

Junior guard Hugh Meehan knocked down five 3-pointers and scored 29 points Tuesday night to lead the Lions to a 63-38 win over the Colonels.

Meehan knew he was in the zone when his first 3-pointer found the bottom of the net.

“I think that first shot for me is a big one,” Meehan said. “It dropped tonight, and everything else from there felt good. I had an off game against North Caroline, and I feel like I just got my mentality back and had a good game tonight.”

Queen Anne’s (7-1 overall, 6-1 North Bayside) pulled away in the third quarter after Colonel Richardson (4-5, 3-4) kept it close in the first half and trailed by only five at halftime. The Lions opened the second half on a 15-1 run. Head coach Jeff Hollis said the key to that run was improved defense.

“Our defense definitely picked up in the third quarter,” Hollis said. “We played a lot better D. We weren’t giving up the middle of the court so they were getting easy shots in the lane.”

The Lions weren’t feeding senior center Jordan Dozier as much as Hollis would’ve liked. That was partially due to Colonel Richardson’s stingy defense. Colonels head coach Brad Plutschak said his team knew it would take a scrappy, effort-laden defensive performance to combat Queen Anne’s’ size, and his team accomplished that in the first half.

Hollis also thought it was his team’s own fault: he thought they simply weren’t getting Dozier the ball enough, even when he was open. He emphasized that at halftime, and they went inside more in the second half. Dozier only finished with six points, but working it inside allowed the Lions to create better outside looks.

“I tried to explain to them, we have to go inside-out to get our 3s,” Hollis said. “Jordan clears up a lot of space for us. Once he gets the ball, there’s a lot of double-teams, and that’s when we’ll get open shots. We’re just coming out on the court pulling crazy shots.”

The Colonels defense kept them in the game in the first half, but their offense simply couldn’t keep pace. They were held scoreless for the final four minutes of the first half and scored only one point in an eight-minute stretch in the second and third quarters.

“I thought we had the recipe there (in the) first half, especially (in the) first quarter,” Plutschak said. “We just didn’t have shots fall for a while.”

Colonel Richardson is back in action Thursday against North Caroline. Queen Anne’s turns its attention to a critical game Friday at Kent Island which will have major implications on the North Bayside standings. The Lions and Buccaneers are currently tied for first place.

Hollis was worried his team was looking ahead too early, and thought that played a factor in the close first half Tuesday. But the Lions know how important their next game is.

“Friday’s game is huge,” Meehan said. “I think (this win) helps us clear our mind. I think we had a rough couple of games and this one really showed us what our potential is. Going into Friday, I think we all know what we need to do is get business done.”