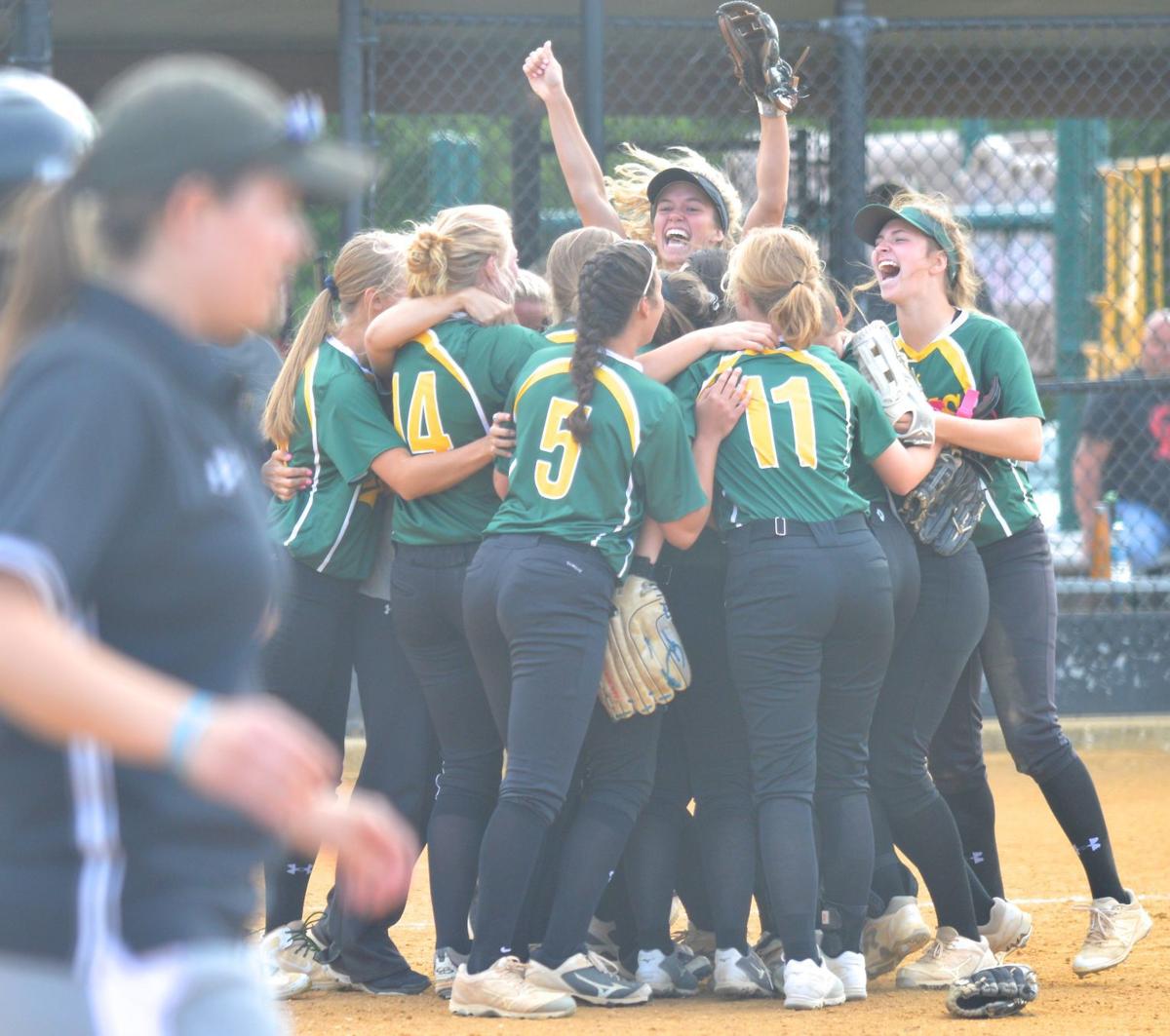 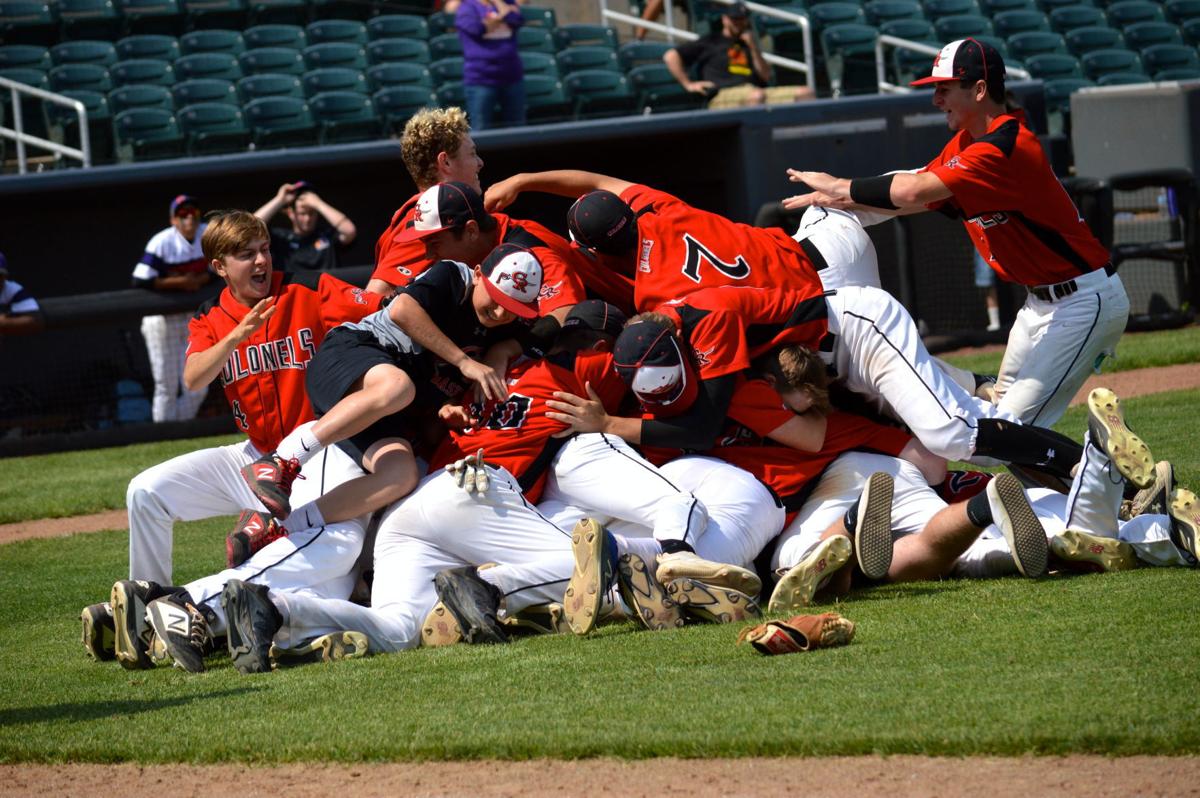 Colonel Richardson's chance for a second straight Class 1A state baseball championship officially ended Tuesday with the MPSSAA's announcement the spring sports season had been canceled.

Colonel Richardson's chance for a second straight Class 1A state baseball championship officially ended Tuesday with the MPSSAA's announcement the spring sports season had been canceled.

The Maryland Public Secondary Schools Athletic Association, after careful review and in consultation with the Maryland State Board of Education and Dr. Karen Salmon, State Superintendent of Schools, officially canceled the spring sports season because of the ongoing coronavirus pandemic.

That announcement ended any hopes for public schools of putting together any sort of abbreviated regular season, and sealed the fact there would be no conference, regional or state championships this spring.

Taken away was the Colonel Richardson High baseball team’s bid for a potential second straight Class 1A state baseball championship.

“I feel so bad for my guys; everyone for that matter,” said Colonel first-year head baseball coach Ryan Blanchfield, an assistant on a Colonels’ team that went 24-0 last year and earned the school’s first state title in 12 years. “It’s just unfortunate for all the seniors. Everyone is missing a year of high school athletics in the spring, not just the seniors. You especially feel bad for them, but everyone is missing a year.”

Gone in this lost spring was Queen Anne’s County’s hopes of perhaps going one step further after advancing to last year’s Class 2A state softball championship game for the first time in school history.

Erased was the chance for North Caroline senior Kendron Wayman to defend his Class 2A state track and field titles in the boys’ discus and shot put. Taken was Easton senior Blake Walton’s hope for winning a second straight championship in the boys’ 300-meter intermediate hurdles — this time in the 3A ranks.

Vanished was the opportunity for Queen Anne’s County junior Hugh Meehan to become the first player in North Bayside history to ever win a state tennis championship in boys’ singles — and the first from the Bayside Conference since Stephen Decatur’s Chris Zielinski in 1989.

And though the announcement was long expected as the state-wide lockdown of schools pushed into late April, Tuesday’s finality still packed a punch.

“I am very heartbroken,” Queen Anne’s head softball coach Kim Betts wrote in an email. “There was so much anticipation for this season. We had a special group of girls, tremendous talent, and unwavering hometown support. As many have expressed to me, this was ‘The greatest team, to never play!’”

Softball in the North Bayside looked to be especially competitive this year. Queen Anne’s returned ace Cameron Whiteford from last season’s 19-4 team that lost only two seniors, and added Tristyn Stewart, a junior transfer from Chesapeake. Junior standout Madison Pleasants was back at Cambridge-South Dorchester. Ace Kate Chapple and Easton figured to be in the thick of title hunts. Haley Sadler looked to be tough again on the mound for St. Michaels, while Marissa Hyland was ready to step into the No. 1 spot for defending North Bayside champion Colonel Richardson.

“On March 13th, our AD (athletic director David Wagner) came to the field to let us know that it would be our last practice until further notice,” Betts wrote in an email. “At that time, the entire team gathered in the dugout to watch (Gov. Larry) Hogan’s press (conference). There was a lot of silence and a lot of tears. We were hopeful that this was only going to be temporary, so we could attempt to finish what we started ... the road to a state championship.”

“I had a pretty good feeling probably a month ago that things were probably not going to happen,” Bucs third-year head coach Bobby Woolley said of the season. “You try to prepare yourself for those moments that you kind of know were on the horizon, but it hit me pretty hard. We were really looking forward to a special group of guys getting after it this year, and just knowing the official verdict was handed over, it definitely hit me square in the heart.

“We had 16 seniors, most of which were three-year varsity contributors,” Woolley continued. “It was going to be a real special group. I say this kind of light-heartedly; you never plan to walk into a state championship. But in 2015 we made pretty good work of the tail end of the year (on the way to the state title), and (this year) kind of had that same lingering feeling of, man, these guys are not just seasoned veterans, but guys who really want it coming on the heels of last year’s more-or-less surprise defeat early on in the playoffs.”

“They were really poised for a redemption mode,” Woolley said of his team. “Their offseason work ethic was like I had never seen before. The stars were aligning I guess you could say, and it’s just a shame to see it come to a close in such a way.”

Queen Anne’s County’s girls’ lacrosse team, which advanced to the 2A state semifinals last year, also appeared to have the makings for a potential return trip this spring, while battling rivals Kent Island and Easton for division supremacy.

Colonel’s baseball team graduated a number of key players from last year, including Jamison Covey, Remy Mangum, Nathan Roth, Ty Stanley, Ryan Stanton and All-Mid-Shore Player of the Year Ty Scott, but figured to be atop the ranks in the North along with St. Michaels, Easton, Kent Island and North Caroline.

Though no practices or gatherings were held in any sport, Blanchfield stayed in contact with his players through emails, trying to keep them motivated, positive and focused in hopes a season — however short — might be possible should COVID-19’s veil ever get lifted.

“I was sitting here on my laptop, doing some school work and I got the email,” Blanchfield said of the MPSSAA announcement. “It was a shot to say the least. It was like a shot to the gut. That hit-in-your-stomach kind of feeling. You could see the writing on the wall. But we were holding out hope.”

There have been years where weather has wiped spring conference championships, leaving co-champions in tennis, baseball and softball. But regional and state championship play has always been held since the Bayside was founded in 1971.

Unlike other sports, the state tennis tournament had always included all four of the state’s classifications — 1A through 4A — competing for the same title in boys’ and girls’ singles, boys’ and girls’ doubles, and mixed doubles. That changed last year, when the state went with a new format, breaking the tournament into four classes.

North Bayside players took advantage of the new format, as Easton’s Lucas Joshi and Aidan Steinly won the Class 2A boys’ doubles championship, giving the Warriors their first state tennis title since 1987, when Katy Storch and Michelle Devine won the last of their three consecutive championships in girls’ doubles.

A sophomore last year, Queen Anne’s Meehan almost became the first player from a North Bayside school to win the boys’ singles title at states before falling to Hammond’s Origen Grear. Meehan figured to take another run at history this spring before the season was called.

"It was a big disappointment," Meehan said. "I was very excited to get back to the state finals and hopefully get over that hump this year and take home the championship. I think the fact that our season got cut short and we didn't get a chance to even have that opportunity is very disappointing. I was sorry to have to receive that news when it happened."

Wayman, who is headed to Wake Forest University on a football scholarship, was ready to challenge for the 2A titles again in the shot and discus, while teammates Samantha Cash (hurdles) and Sierra Reynolds (pole vault) were in position to contend after winning state crowns during this past indoor season. Easton’s Walton also had a chance to repeat in the 300 hurdles, and may have contended in the 110 high hurdles, while Kent Island’s Finn Walsh, Isaiah Schulties and Charlotte Kratovil-Lavelle were also state-title candidates.

“I sort of knew when it was like three weeks, I believe, after we’d been told to stay out of school,” Wayman said of when he realized this season was over. “I couldn’t picture how they would be able to get all the Baysides, (regionals) and states in with a short amount of time.

“It’s pretty disappointing because me and (North Caroline assistant) coach Ted (Holloway), we talked about the goals we wanted this season,” Wayman continued. “And it wasn’t just win another state title. It was like break the (state) record in 2A in discus and still win states.”

One week before the MPSSAA’s announcement, the Maryland Interscholastic Athletic Association said it was officially ending its spring docket, thus dousing any hopes Saints Peter and Paul had for starting its baseball season and continuing its boys’ lacrosse season.

“I felt like it was one of those situations where we were getting better on a day-to-day basis,” said Sabres boys’ head lacrosse coach Pat Tracy, whose team lost its season opener to Severn on March 11 and was scheduled to play Mount St. Joe’s two days later when the season was called. “The guys were really starting to jell.”

The Sabres only had 16 players on their roster, including 10 juniors. The remaining six players were a combination of freshmen and sophomore, four of which had never played before, but were developing.

“I was really pleased with how those guys were coming along and giving us a little bit of depth that we would need to kind of push throughout the course of the season,” Tracy said. “We were kind of moving in the right direction and I felt like every day we left the practice field they really did get better.”

While Tracy could potentially return his entire roster next year, the 16 seniors on Kent Island’s team — and the other area teams — have taken their final high school shots because of the coronavirus-induced scenario that has created another level of coaching for Woolley and most every other coach.

“There’s no way to really quantify it into words,” Woolley said of losing the season to something never before experienced. “It’s just something we’ve all got to learn to deal with. Unfortunately, you have young minds at the forefront of the effect, and that’s tough. How do you coach them through something they haven’t been through before? And that’s a whole other level of difficult. You can’t really promise how one kid’s going to respond and how the next kid’s going to respond. It’s certainly a new chapter and it’s not one we’ve read before. It’s something we’re writing as we go.”