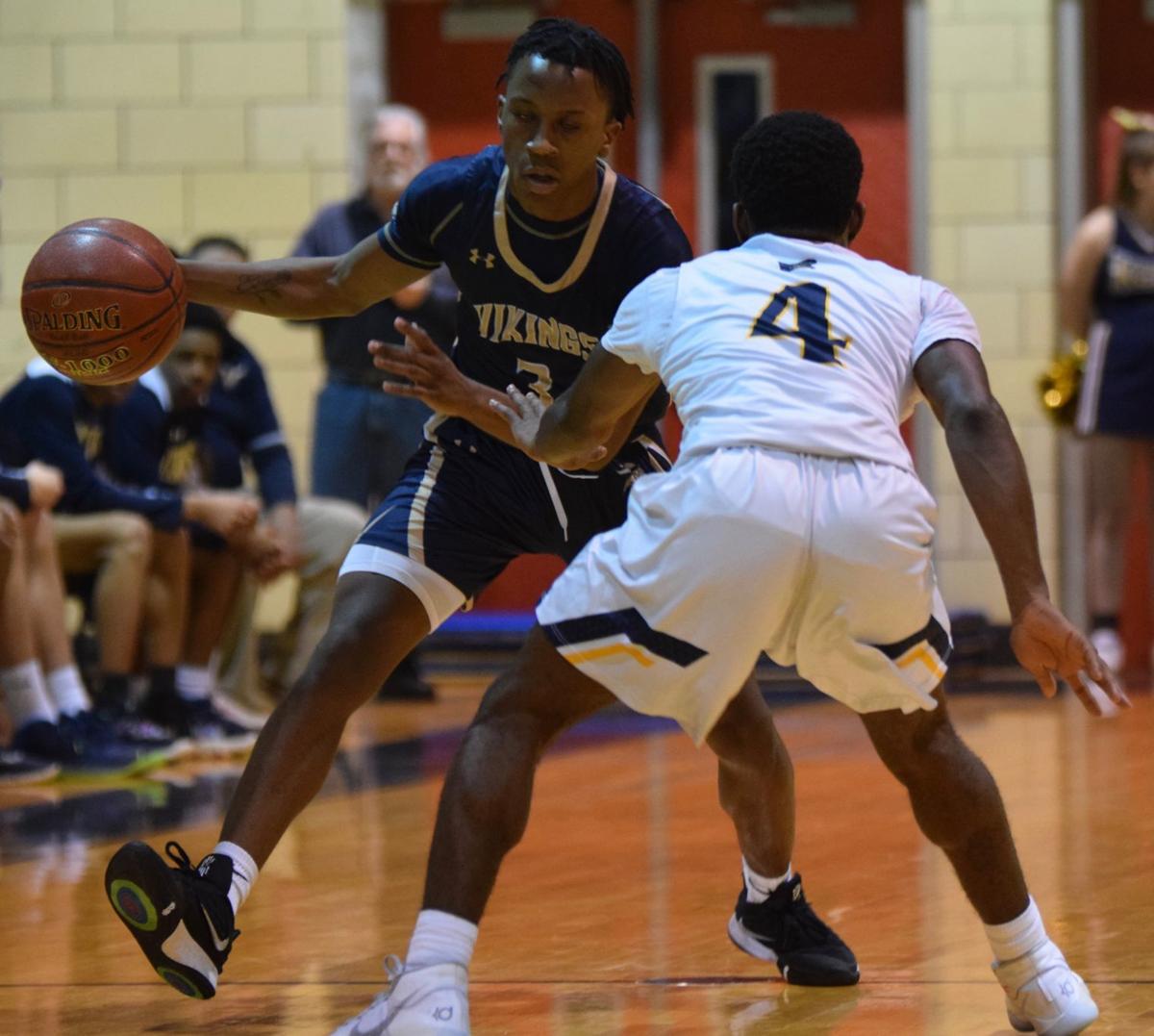 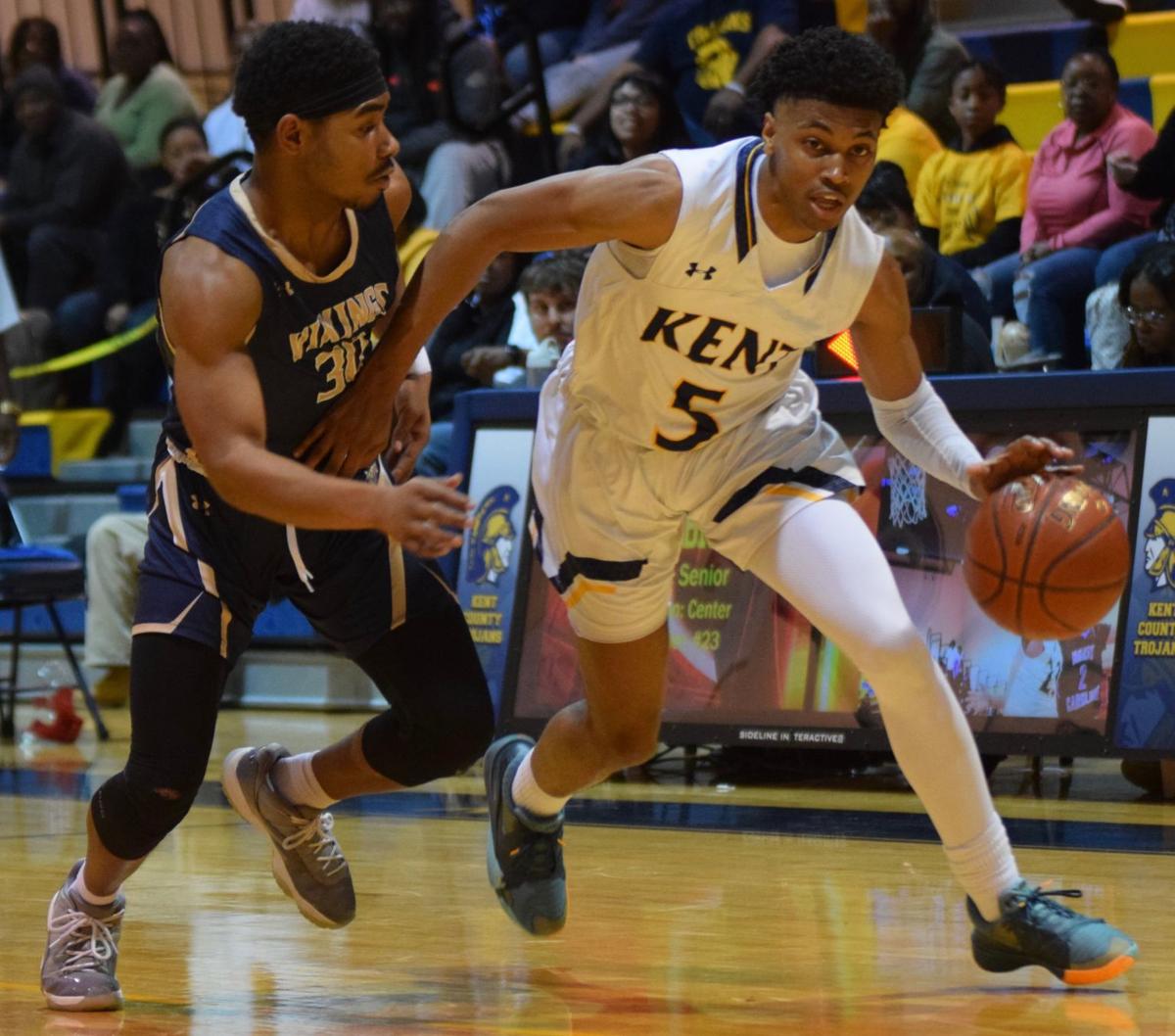 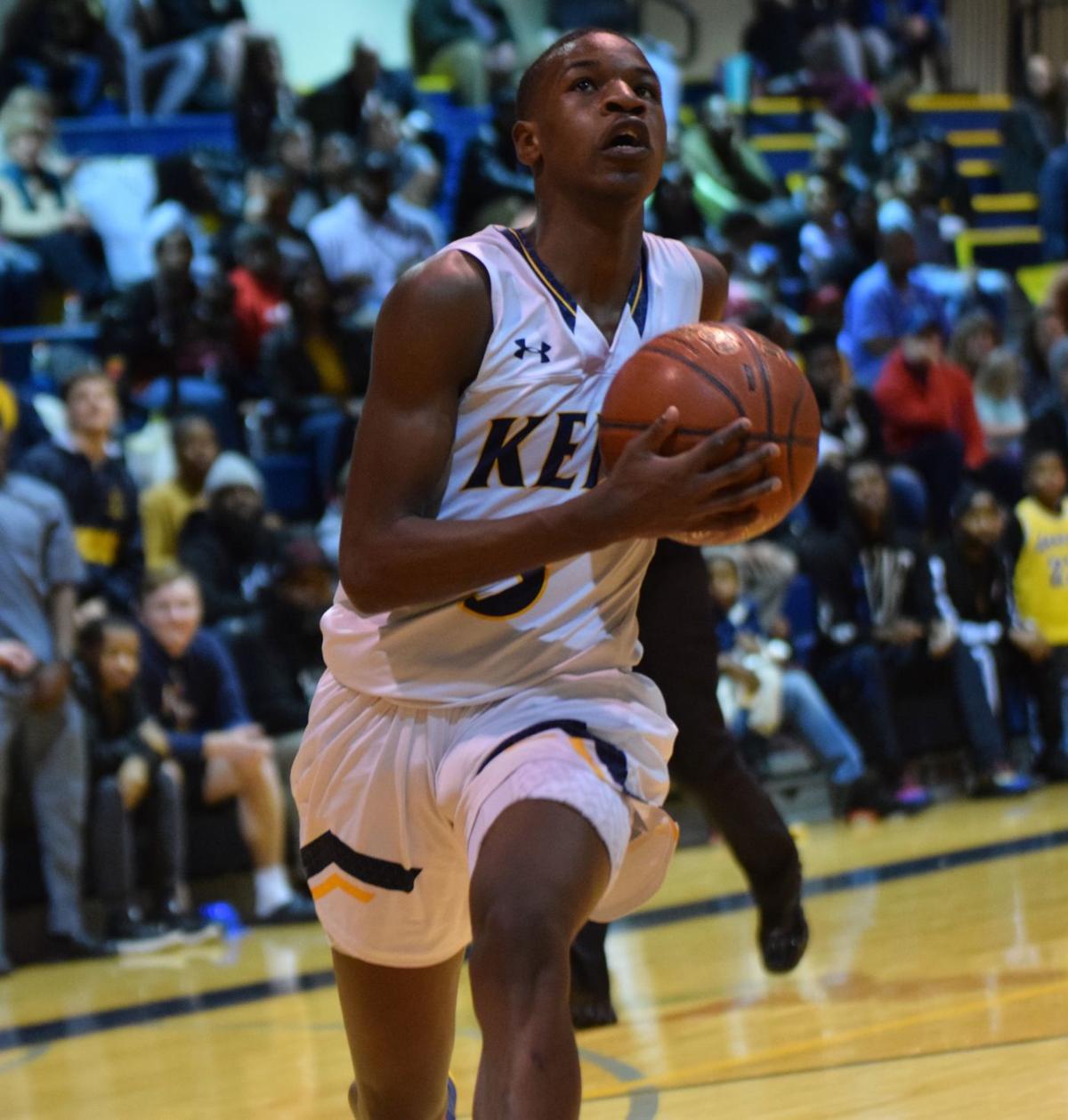 Kent County's KJ Collins goes in for a layup against CSD. 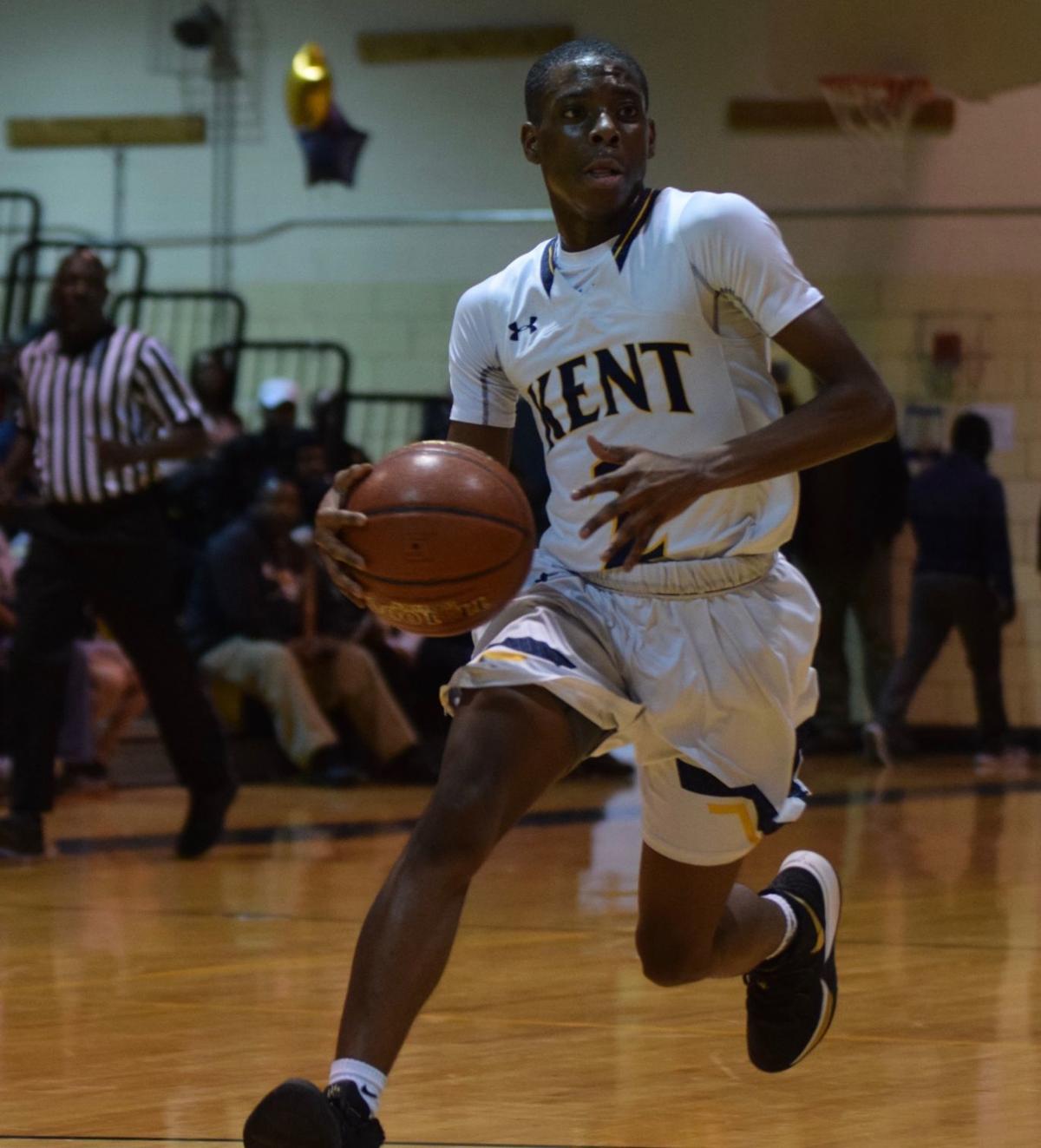 Kent County's Jayden Reid goes in for a layup against CSD. 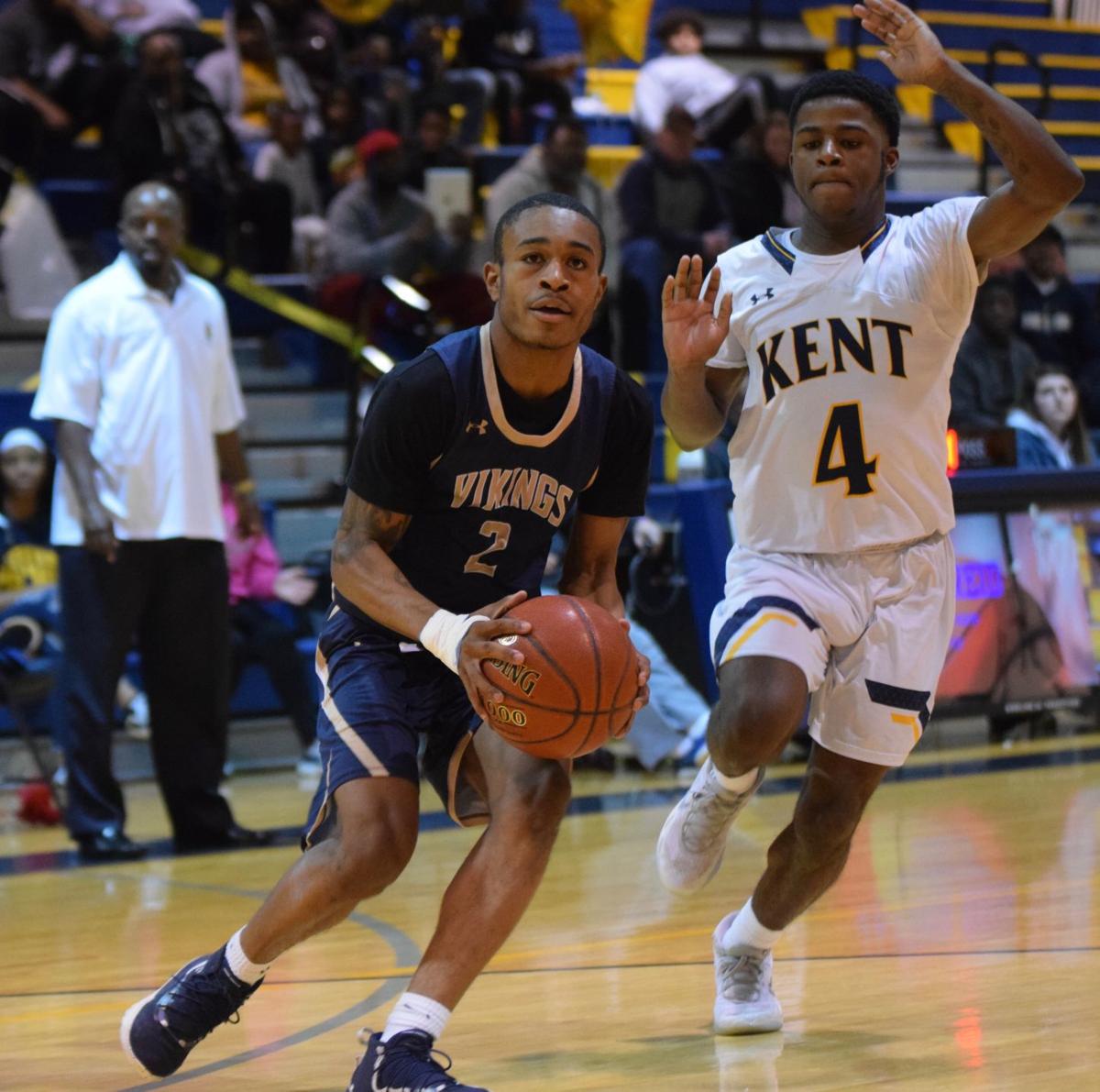 Tyrone Christian pulls up for a shot as Kent's Gary Emory chases. 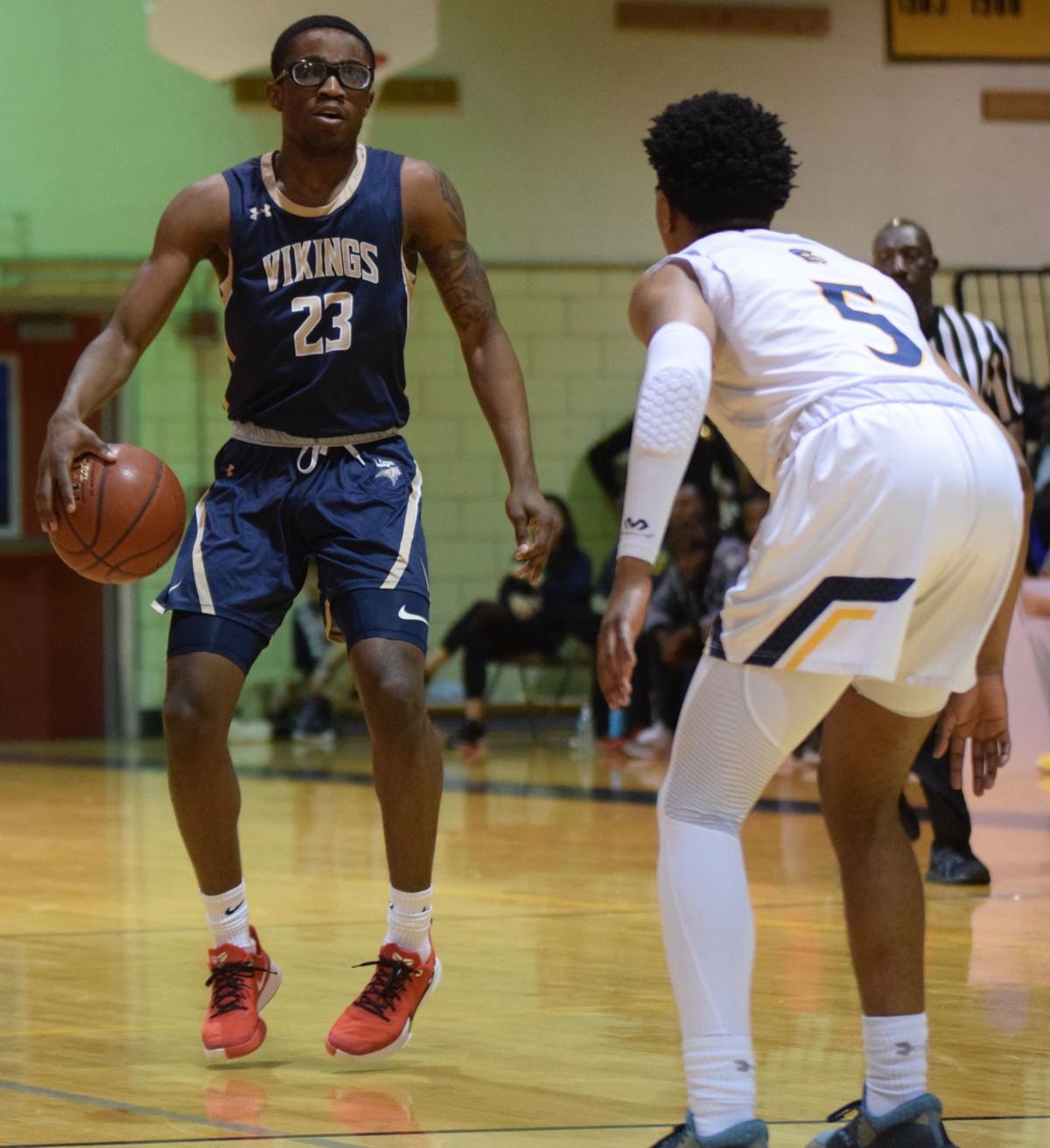 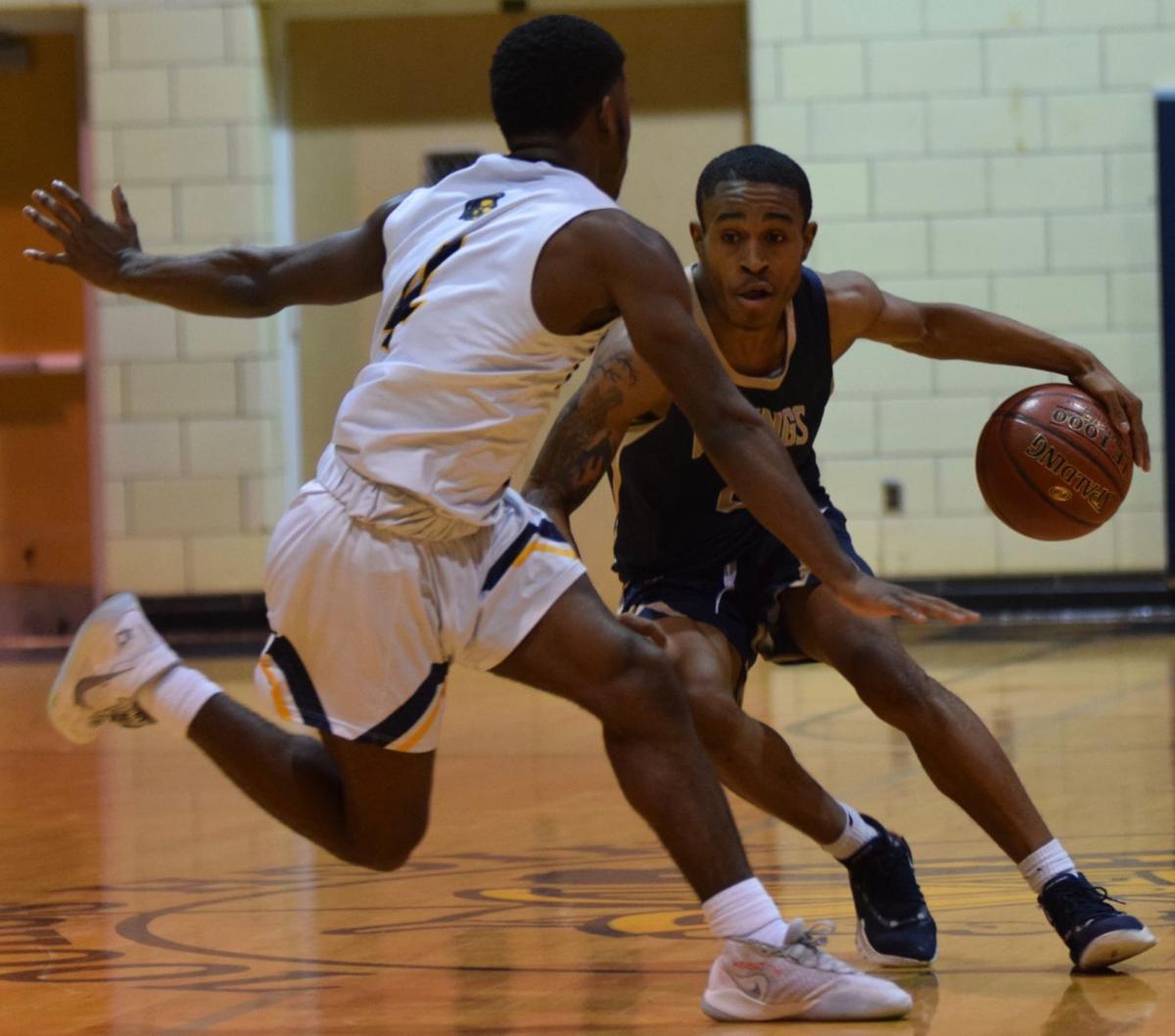 Kent County's KJ Collins goes in for a layup against CSD.

Kent County's Jayden Reid goes in for a layup against CSD.

Tyrone Christian pulls up for a shot as Kent's Gary Emory chases.

WORTON — Cambridge-South Dorchester High’s boys’ basketball team rallied in the second half to take down Kent County 74-65 Thursday, bringing the Vikings within one win of a North Bayside title.

Cambridge-SD (15-3, 12-3 North Bayside) picked up the pace in the second half after Kent County (4-14, 3-12) controlled the tempo in the first half. The Vikings took their first lead of the game midway through the third quarter after trailing the entire first half.

C-SD has played many close games throughout the season. Head coach Marty Bailey Jr. said experience helps in close games like this later in the season.

“If you’re blowing teams out all the time, you’ve never been in that moment,” Bailey said. “It comes regular to us. Sometimes, I fear that because it seems like sometimes they don’t want to play until their back’s against the wall. You want to play ball the whole game. But I’m glad that they have that gift of when their back’s against the wall (to say) ‘All right, let’s go play. Let’s go get it.’”

The game shifted heavily to the free-throw line late, as both teams were in the double bonus for most of the fourth quarter. This was where the Trojans lost the game: they missed 21 free throws during the game, including 17 in the second half.

“If you miss 21 foul shots, you’re not going to win many games,” Kent County head coach Sobaye Scott said. “We left a lot of free money on the foul line. And that’s not even counting the opportunities that we had an open layup and missed. Back to the drawing board. But one thing’s for sure: we will shoot more free throws at practice.”

Ashley was especially key down the stretch. Six of his points came in the final period, but many of them were in clutch moments.

With about 3 minutes, 20 seconds remaining, Kent County senior guard JayShaun Freeman made a stepback 3-pointer to cut CSD’s lead to one point. Ashley took the ball up himself — as he’d done many times in the second half — and quickly drove in for a thunderous left-handed dunk that silenced the crowd.

“He definitely was (important in the fourth quarter),” Bailey said of Ashley. “He’s a captain, this is his third year playing varsity. And he wants to win. So I can’t ask more of him.”

Freeman led Kent County with 31 points. The Trojans have played increasingly competitively as he’s worked his way back to full game speed after missing most of the first half of the season. He kept Kent in the game in the second half.

Both teams face South Bayside competition on Tuesday, as C-SD plays at Washington, while and Kent plays at James M. Bennett.

The Vikings could clinch the North on Thursday at home against Easton. Bailey knows the Warriors will look to play spoiler in the rivalry game and that his squad will have to stay focused.

“I think they can feel (how close they are),” Bailey said. “But they’ve just got to realize that nothing will be given to us because everybody wants to knock us off — with good reason, because who wouldn’t want to knock off the top? We knocked off top teams earlier in the year, so why wouldn’t somebody else want to do that to us? We’ve got to play. Ain’t no nights off.”

Cole Kratovil had 18 points and Matthew Burnside had 13 for Kent Island, which trailed 42-39 entering the fourth quarter.

AMERICAN CORNER — Jordan Dozier hit a mid-range shot at the buzzer to lift the Lions.

CENTREVILLE — Kendal Moxey totaled 22 points and 13 rebounds for her 17th double-double of the season as the Lions improved to 14-4, 13-2.