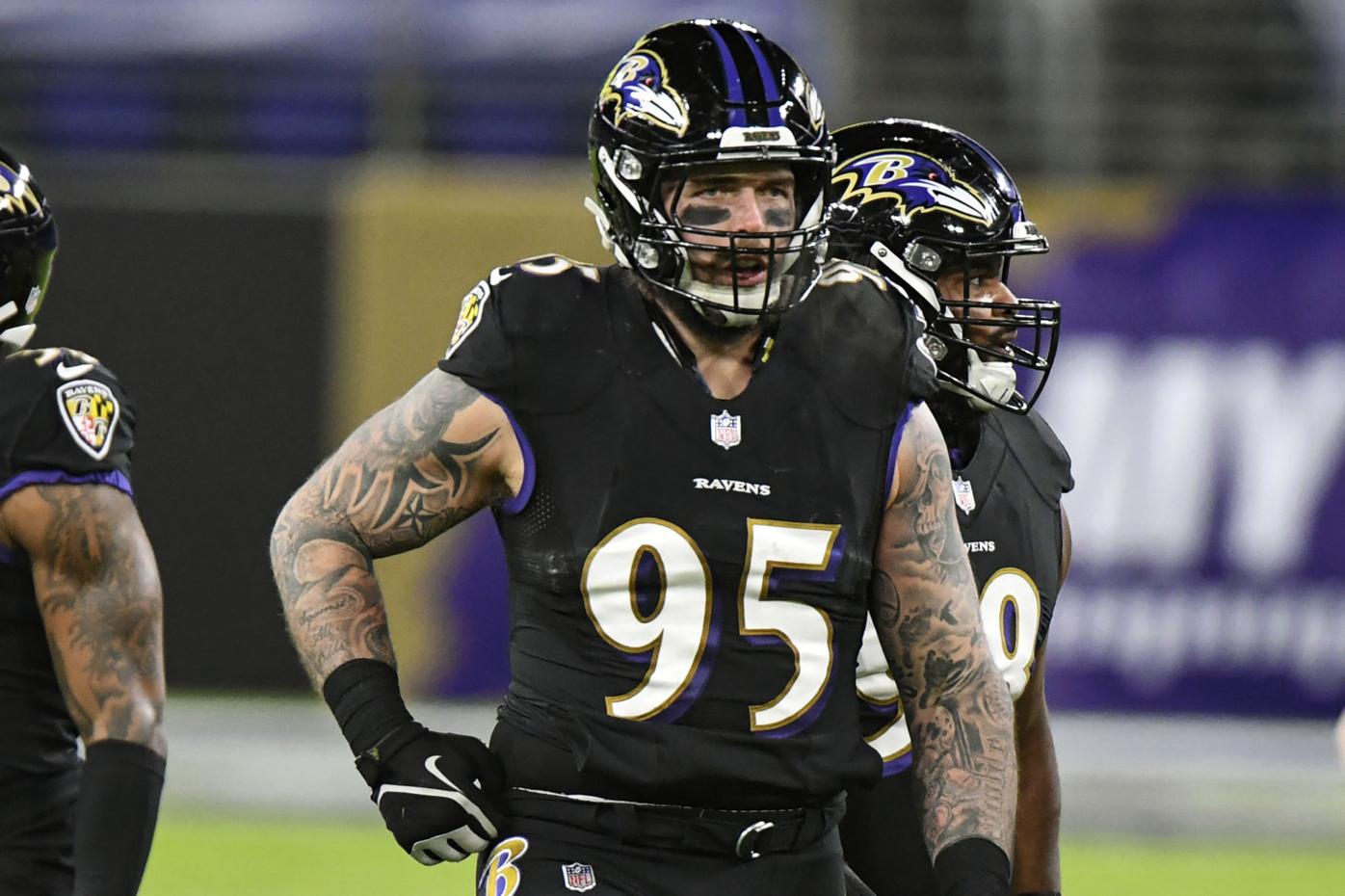 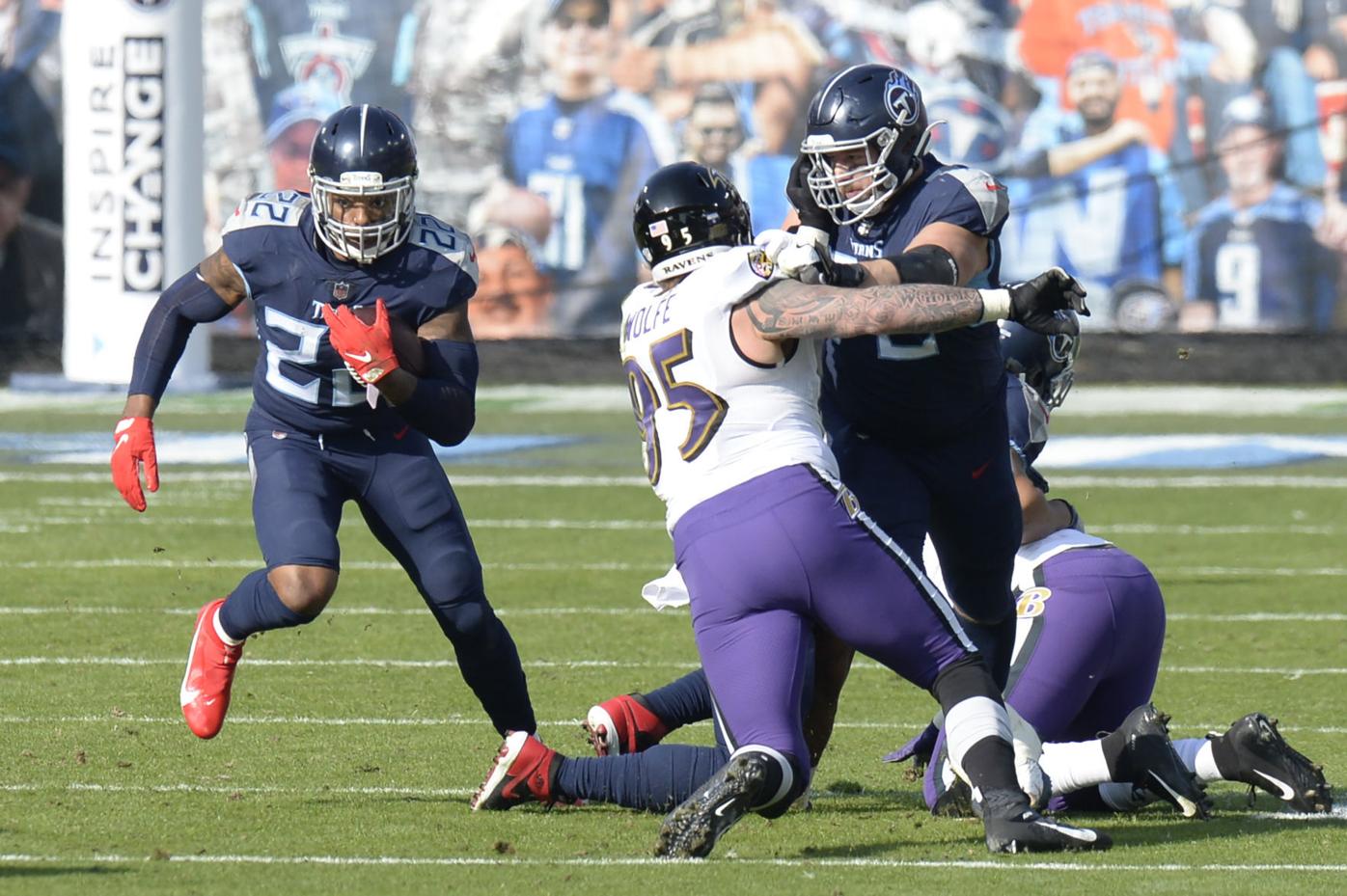 Derek Wolfe signed as a free agent with the Baltimore Ravens last March because he missed the joy of competing in the NFL playoffs.

Wolfe, an energetic and talented defensive end, lost his passion for the game during a miserable four-year stretch in Denver that featured three head coaches, 37 defeats and not a single trip to the postseason.

“I started playing this game when I was 7 years old because I liked to win,” Wolfe said. “Unfortunately, I had the rough four years in Denver. It made me really not love the game anymore.”

So he took a one-year deal with Baltimore, and now Wolfe and the Ravens are right where they want to be in the middle of January: still alive in the playoffs and very much in the running for a trip to the Super Bowl.

After defeating Tennessee last Sunday, Baltimore faces Buffalo on Saturday night with a berth in the AFC title game on the line.

The Ravens got the 30-year-old Wolfe because he’s a run-stopper, can pressure the quarterback and provides leadership in the locker room and on the field. Before that dry spell in Denver, Wolfe was part of a team that reached the playoffs four years in a row. The Broncos compiled a 50-14 regular- season record during that span and reached the Super Bowl twice, winning one and losing one.

So, in spite of his troubling final four years in Denver, Wolfe knows what it takes to win.

“I really have so much experience that I know what a winning team looks like and the kinds of things you have to do,” he said. “I really just try to lead by example, and I try to speak up when I feel like I need to say something.”

Wolfe had 51 tackles, a sack, a fumble recovery and knocked away two passes this season. Then he helped the Ravens limit NFL rushing leader Derrick Henry to 40 yards in a 20-13 victory at Tennessee.

Wolfe tied for the team lead with six tackles against the Titans and had Baltimore’s lone sack. Just as important, he rallied his teammates after Tennessee bolted to a 10-0 lead.

“He’s one of the best leaders I’ve ever seen,” Ravens coach John Harbaugh said. “Guys like that, in a sideline situation like that when you go down 10, that’s what holds a team together. That’s what keeps guys fighting.”

Harbaugh was hoping to get Wolfe on the Ravens after watching him star with the University of Cincinnati, but the Broncos snagged him in the second round of the 2012 draft. Still, Harbaugh never lost sight of the 6-foot-5, 285-pound lineman.

“When he came for his visit we really hit it off, and I think we both thought it was going to happen,” Harbaugh recalled. “In the back of my mind, after you watch him all those years, I was always kind of hoping we’d get him here. You see what a great fit he is.”

The pleasure is all Wolfe’s, who has rediscovered his love for football.

“I came here because I wanted to get back to winning football games. That’s why you play the game,” Wolfe said. “When that opportunity really isn’t there, and you know you don’t have the team that can really do it, it’s heartbreaking. But when you’re on a team that has the players, the coaching staff, an organization that’s fully invested in winning a Super Bowl, it makes it fun. Every day has a meaning.”

Wolfe missed a game earlier this season after experiencing symptoms of COVID-19. He didn’t test positive, but was held out of a victory against Washington as a precaution.

It hurt to watch from afar, but that’s just the way it is this season. The pandemic has forced Wolfe and the rest of the Ravens into isolation, which certainly isn’t ideal but understandably necessary

“The sacrifices that we go through on a day-to-day basis — not seeing our families, our kids can’t be around us — is tough,” Wolfe said. “I miss my daughter so much, but that’s why I give everything I have every day, because I can’t let it all be for nothing. This sacrifice cannot be for nothing. We have to win.”