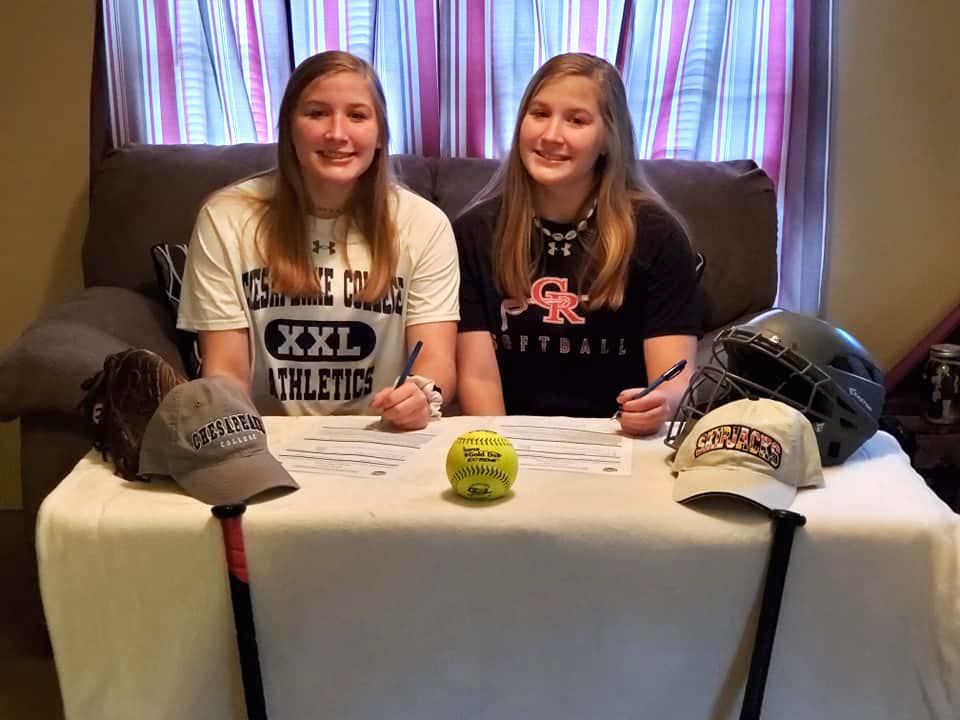 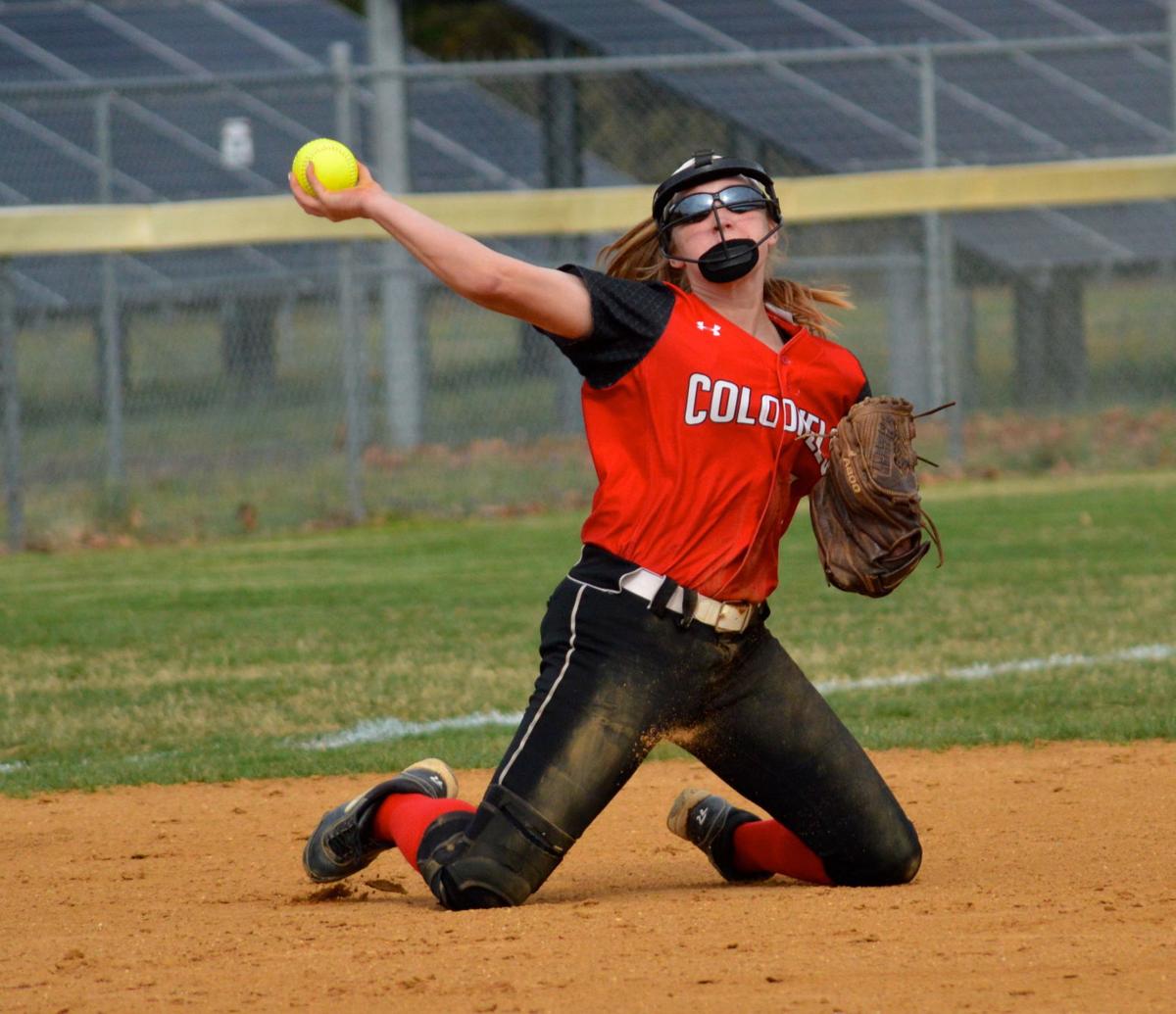 Colonel Richardson third baseman Cassidy Stubbs throws to first from her knees to get the out against Easton last year. 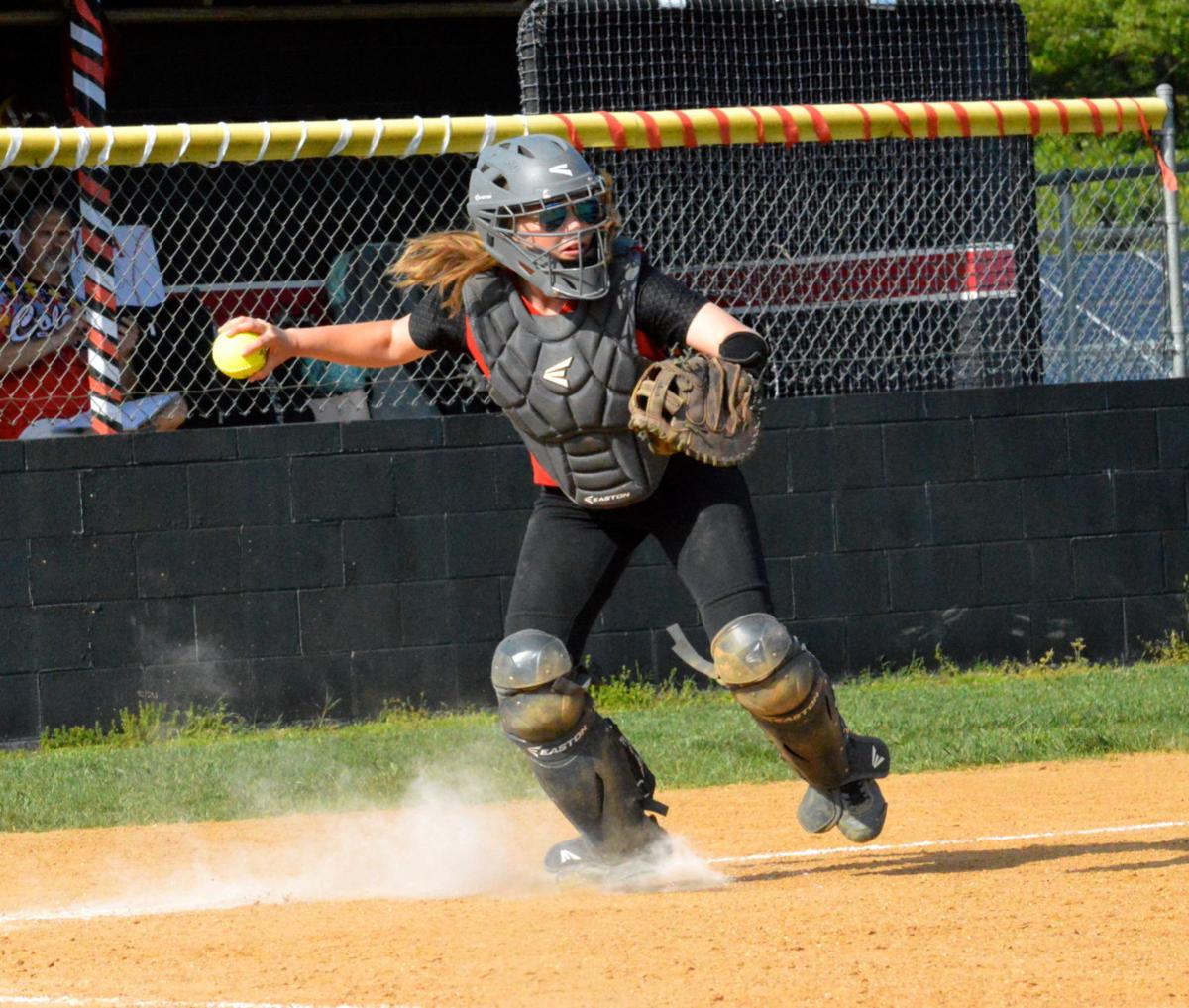 Megan Stubbs was a three-year starter at catcher for Colonel Richardson.

Colonel Richardson third baseman Cassidy Stubbs throws to first from her knees to get the out against Easton last year.

Megan Stubbs was a three-year starter at catcher for Colonel Richardson.

The twin sisters earned starting spots their freshmen year for the perennial contending Colonels, and tailored a sterling career filled with individual accolades and the 2019 North Bayside Division crown. The sisters delivered solid performances each game, helping Colonels to winning seasons in their three seasons, which included a 2018 playoff battle against Auburn commit and Bohemia Manor three-time state championship pitcher Maddie Penta who defeated Colonel 1-0 in the Class 1A East Section I final. Cassidy and Megan each got hits off Penta, and a single by Cassidy nearly gave the Colonels a late lead.

Cassidy Stubbs earned all-Bayside first-team honors at third base her junior year, and her sister Megan, a 2019 second-team All-North Bayside selection, anchored the Colonel defense as a three-year starting catcher and was the team’s leadoff hitter.

Colonel Richardson head coach Brett Ireland called Cassidy and Megan “complete players” because they are great at all aspects of the game.

“We wish them the best of luck at Chesapeake College,” Ireland said. “Knowing their commitment to the sport of softball and the classroom, I expect them to do good things for the softball program at Chesapeake.

“We have been fortunate to have them come through Colonel, and because of their abilities, we have been lucky enough to win a lot of games over the past three seasons,” Ireland added. “We will miss the both of them, and wish them the best of luck going forward.”

At their April 27 signing day, the sisters said they look forward to playing at Chesapeake, and thanked all their coaches that contributed to their love for the game, and helped throughout their playing days.

When Cassidy and Megan take the field, they will be playing in honor of Former Chesapeake softball coaching legend Durrie Hayes who recruited the twins to Wye Mills but lost his battle with cancer in April. The sisters said Hayes’ inspired them to be better players, and they always wanted to play for him. They said they are thankful for his support.

Megan batted .357 with one home run, 21 RBIs, and led the team with five triples, 35 runs scored, and eight stolen bases her freshman year. She increased her average her sophomore year to .371, and added three home runs, 13 RBIs, and led the team with 28 runs scored and 17 stolen bases. In her junior year, she batted .408 with two home runs, 13 RBIs, 28 runs scored, and 11 stolen bases. She was named as a second-team all-North Bayside selection her junior year.

“Megan has been a rock behind the plate since her freshman year, we needed a catcher and she stepped right up,” Ireland said. “Her ability to control the opponents running game the past three seasons have helped contribute to our success. She has a tremendous arm and we will miss her presence behind the plate.

“Offensively, she has helped us since the beginning, she has always been at the top of the lineup and when she gets on base, good things happen for us with her ability to run,” he added.

Cassidy also started strong her freshman year. She hit .302 with eight RBIs, 15 runs scored, and two stolen bases. In her sophomore year, she ranked second on the team in average by batting .394 with one home run, 14 RBIs, a team-leading three triples, and 17 runs scored. Cassidy finished her high school career with an exceptional junior season, ranking second on the team with a .438 batting average, leading the team with four home runs, ranking second with 23 RBIs, and finishing third with 26 runs scored. Cassidy earned a spot on the first-team all-North Bayside at third base.

“Cassidy has been outstanding at third base since her freshman year,” Ireland said. “With her arm strength, she has been able to make the plays from third base and also help big time on bunt coverages.

“Offensively, Cassidy has hit in the middle of the lineup for us, and because of her ability to hit and hit with power, we have been fortunate to win games,” Ireland added. “Cassidy is dangerous offensively.”