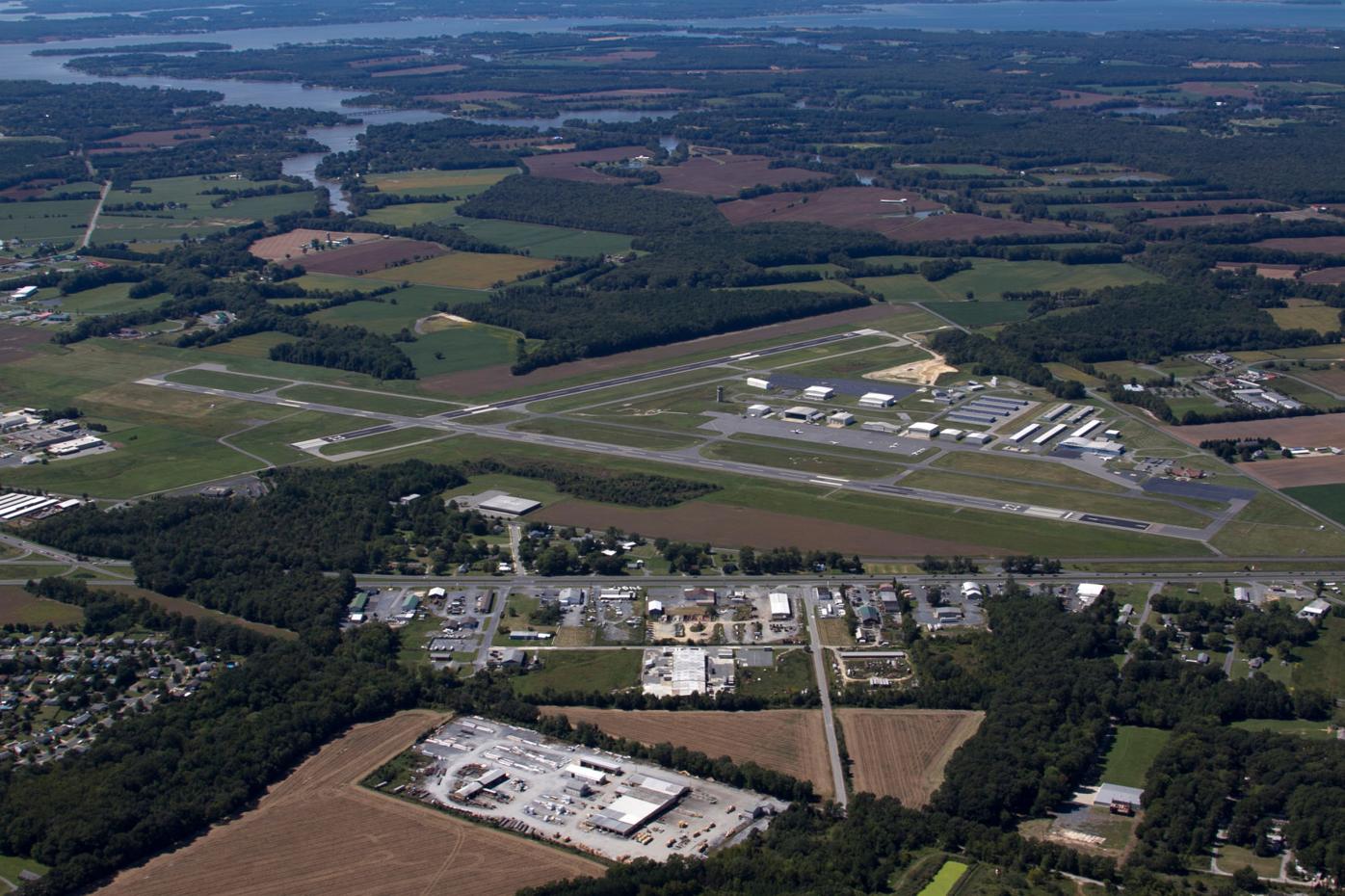 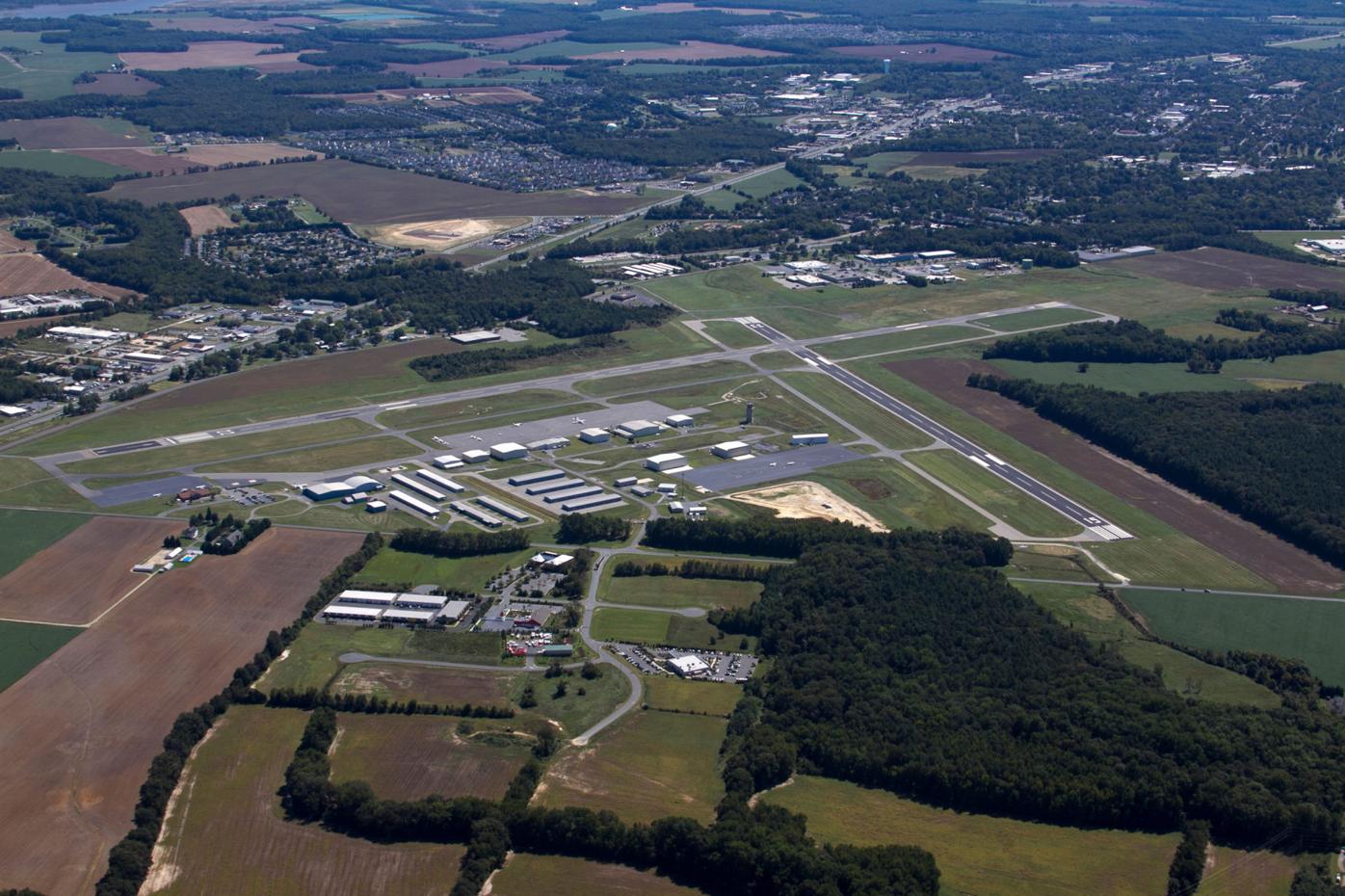 Although situated next to farms, busy Easton Airport/Newnam Field is home to 229 aircraft, including the Maryland State Police’s Trooper 6 helicopter and vintage World War II combat aircraft. This view of the airport is looking towards Easton to the south. 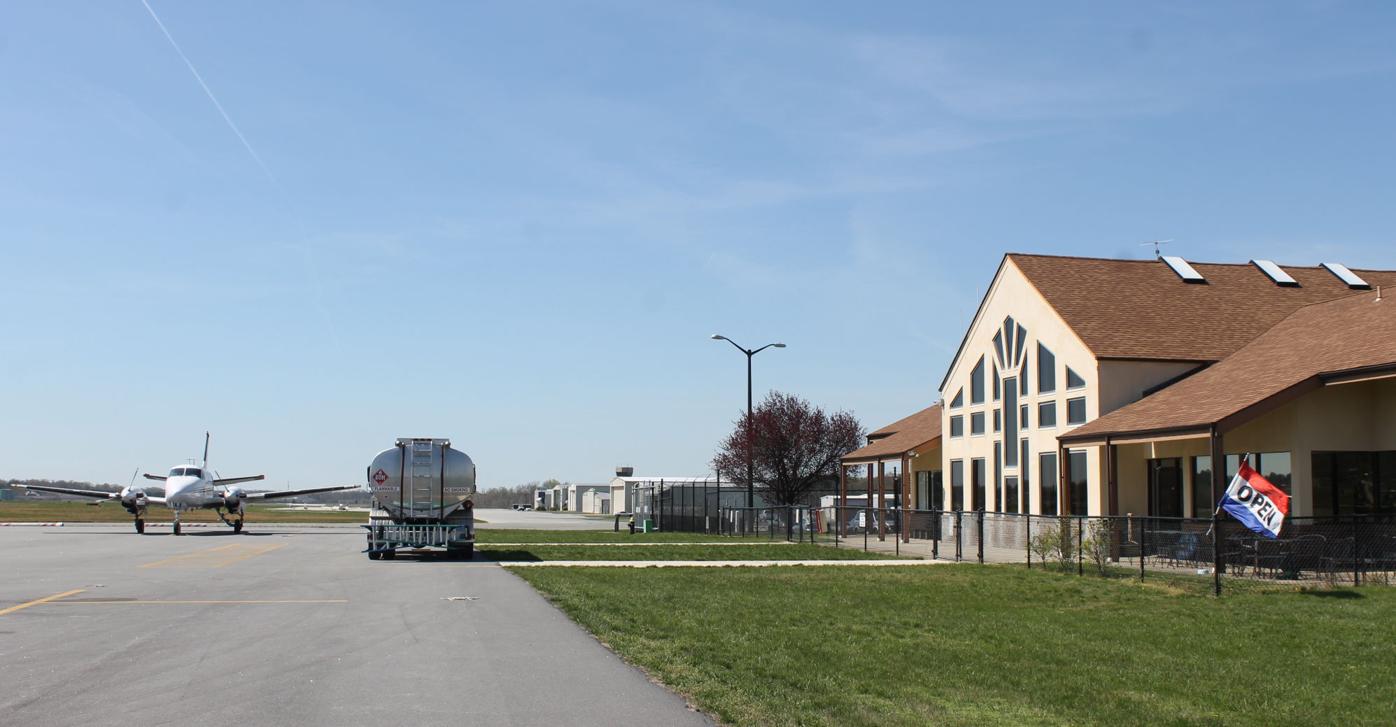 Although situated next to farms, busy Easton Airport/Newnam Field is home to 229 aircraft, including the Maryland State Police’s Trooper 6 helicopter and vintage World War II combat aircraft. This view of the airport is looking towards Easton to the south.

The small airport on U.S. Route 50 is “a strong economic driver,” said Cassandra Vanhooser, director of Talbot County Department of Economic Development and Tourism. “Having a tower here gives us a leg up on other airports.”

If the program is privatized, however, general aviation leaders and airport managers like Easton Airport’s Mike Henry fear that big airline companies will wield too much power over small, general aviation airports, jeopardizing what has been a successful air traffic control program for 35 years. The Easton tower has been operating for nearly a decade.

Maryland Democratic Senators Ben Cardin and Chris Van Hollen, along with 37 other senators, signed onto an April 6 bipartisan letter to the Senate appropriations committee asking it to maintain “full and dedicated funding” for the Contract Tower Program for fiscal year 2018.

On March 9, the U.S. Contract Tower Association, along with eight other general aviation associations, sent a letter to the U.S. House congressional appropriations committee asking it to provide $159 million in “dedicated funding for the Contract Tower Program.”

“Absent this highly successful partnership,” the letter stated, “many local communities and smaller airports would not receive the significant safety benefits of ATC services.”

One of the reasons the airport was able to get the tower, Henry said, was because they were “afraid we would see tin in somebody’s backyard,” a wry euphemism for a plane crash.

Before November 2007, the 73-year-old airport operated on a “see and be seen” system, requiring pilots to call in ahead of landing or taking off, Henry said. The main advantage of the Contract Tower Program is it enhances aviation safety.

The ATCs help the airport accommodate more operations. More traffic means about 25 secondary businesses operate at the airport, and they in turn generate jobs — nearly 500 of them in 2015.

Easton is one of 36 airports in Maryland. It is home to 229 aircraft that rent hangar space: 175 single-engine planes, 21 multi-engine planes, 29 jets, two helicopters and two gliders. Of those who own aircraft or pilot them, Henry said, “We’ve got a really great bunch of folks here.”

The helicopters are used by law enforcement agencies. Maryland State Police Trooper 6 is based at the airport, as well as the Department of Natural Resources’ chopper. They fulfill law enforcement functions and sometimes provide emergency services transportation.

From May to August, Trident’s traffic operations increase the airport’s daily average from 195 to 400 because midshipmen are allocated 10 hours to gauge their interest in or aptitude for flying aircraft. Trident’s operations were based at Bay Bridge Airport until they moved to Easton three years ago.

Henry is concerned that the increase in drone air traffic will mean even more reliance on ATCs to monitor activity. Drone operators, recreational and professional, are not allowed to fly within five miles of the airport, yet Henry saw a commercial drone operating without authorization at the end of a runway, he said. He fears drones being “ingested in a jet engine, or someone (losing) control of it,” he said.

“It’s a concerning issue, really,” Henry said. “The airport should be notified; we’re happy to work with (operators).”

The airport itself is a self-sustaining county enterprise, which means it does not get money from Talbot County’s general fund, although it is owned by the county. Despite this, the airport generates the income it needs to operate, Vanhooser said.

That income is generated, for example, by renting hangar space, leasing ground and selling fuel, as well as selling advertising space inside the terminal and on the website, Henry said.

According to the Maryland Aviation Association, Easton is the only 100-percent self-sustaining airport, and has been since 1994.

“It’s a real asset in this community that’s really under appreciated,” Vanhooser said. “It’s a draw for business. It’s also a draw for tourism.”