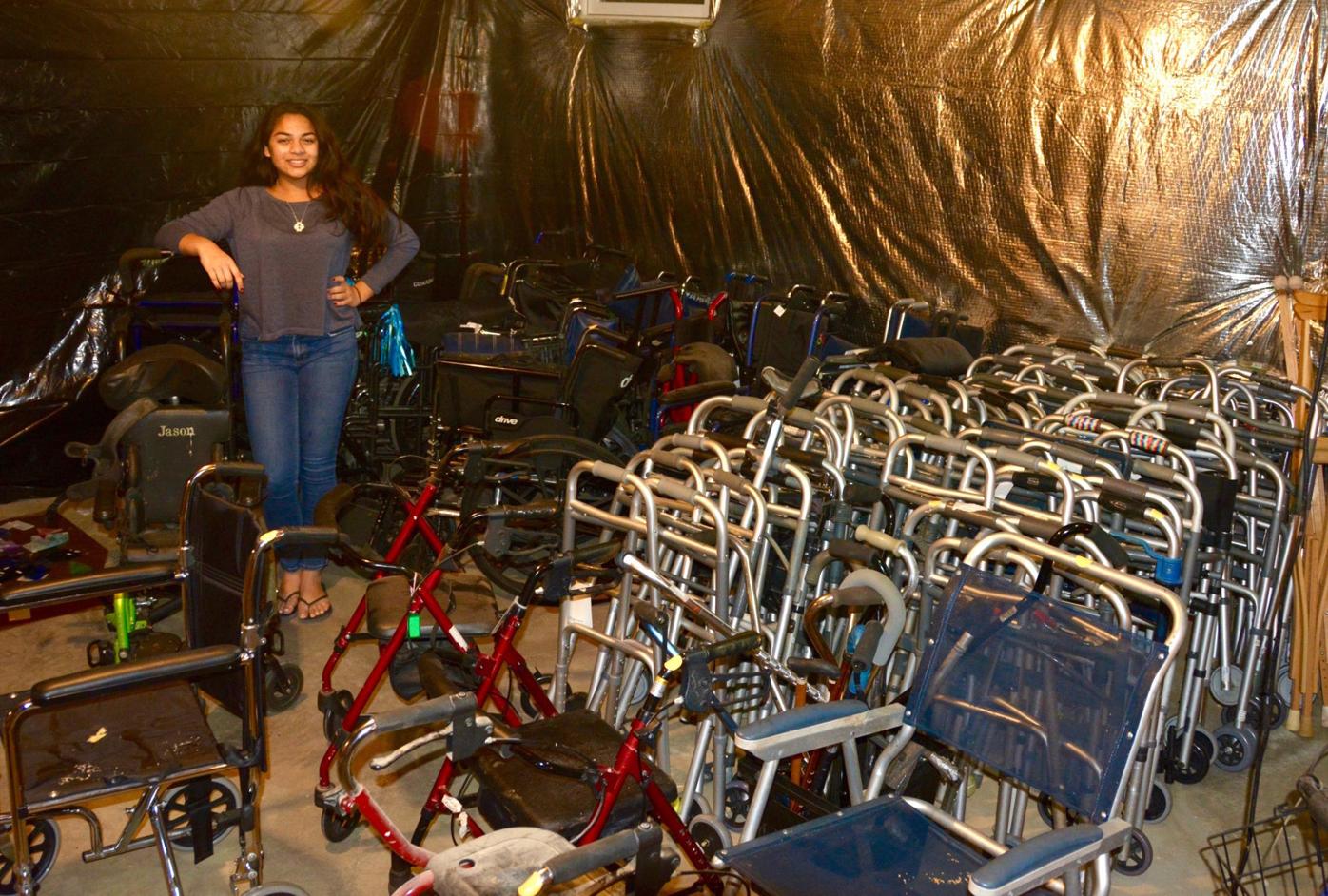 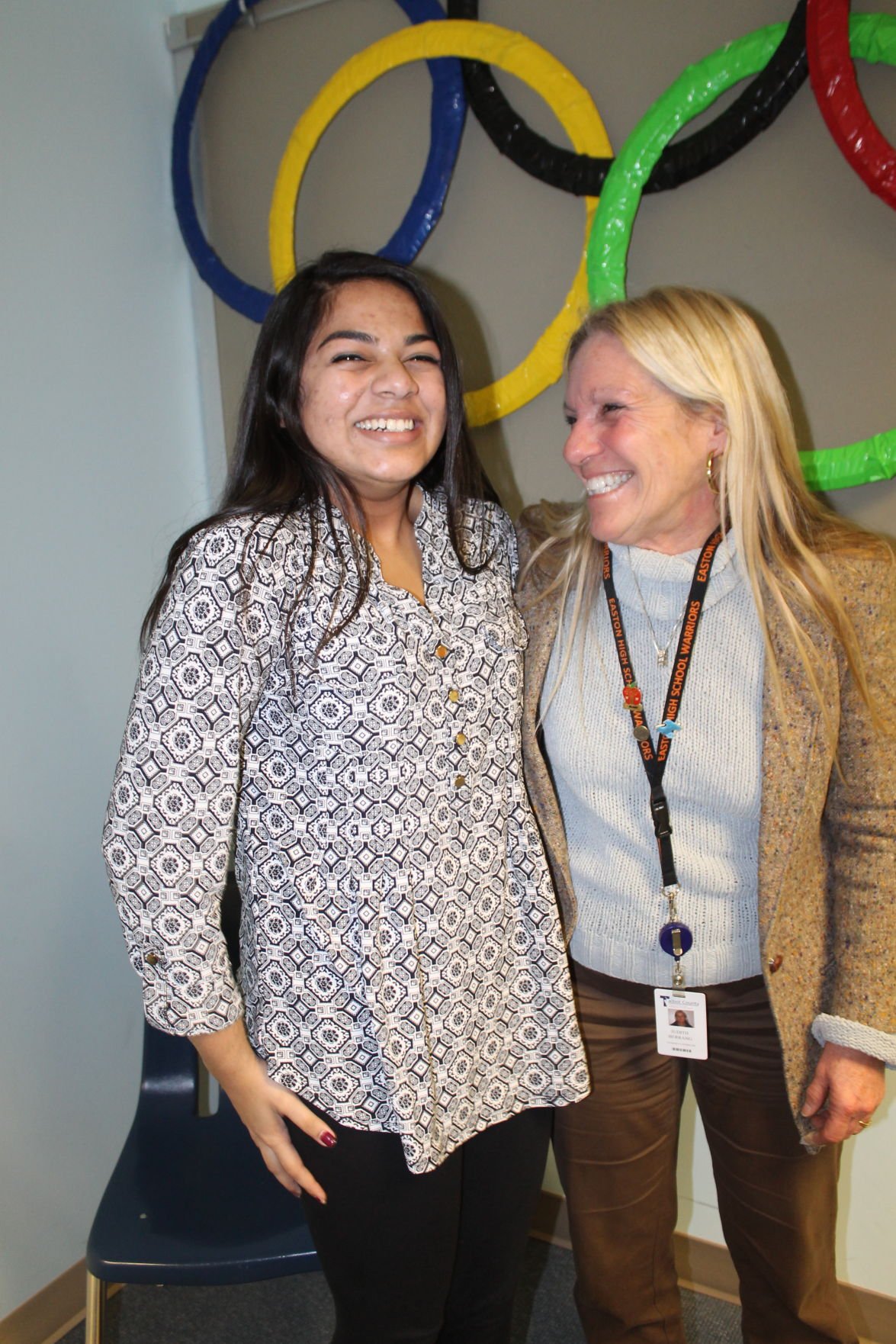 EASTON — An Easton High School sophomore who has set her sights high and her embrace of humanity wide is asking the Talbot County community to do the same.

With a 4.0 GPA, a busy schedule, a big heart, and a quick smile, 16-year-old Natasha Panduwawala is determined to make a difference in the lives of Sri Lankans with mobility challenges. She wants them to benefit from this country’s — and this county’s — bounty and generosity, and gain more physical mobility and freedom as a result.

Natasha is collecting orthopedic aids to ship to her parents’ native country of Sri Lanka in two weeks. Her dad Steve, who owns Ceylon Auto Traders on U.S. Route 50 in Easton, is storing donations at his building.

So far, Natasha has collected about 150 aids, from crutches to wheelchairs. Her goal is to ship 200.

She has created a website called Movement to Remember: Collecting Orthopedic Aids — Sri Lanka 2017, which lists the items she hopes the community will contribute.

When she’s not working on her charity project, Natasha is co-president of the newly formed National Latin Honor Society, founder and president of EHS’s first-ever Key Club and communications director for Future Business Leaders of America. She plays on the bocce ball team, takes voice lessons and is a member of the Chamber Singers and theater program. She’s taking an AP course, and she already has finished three dual enrollment courses at Chesapeake College.

“We didn’t have a Key Club until Natasha hit here,” guidance counselor Judy Berrange said. “We just love her. She’s doing this for the betterment of everybody else. It’s not self-serving.”

Natasha and her 8-year-old brother Nathan live with their parents, Steve and Manik, in Easton. Although she said her brother is “a real menace,” he advertises Movement to Remember everywhere he goes.

Natasha doesn’t like talking about herself. She turns the focus back to the passion she developed when she visited family last year in Sri Lanka — her grandparents, aunts, uncles and cousins who live in and around Sri Lanka’s capital city, Colombo.

One aunt knew Natasha liked seeing other cultures, so she made a point of taking her niece to see the country’s rural poor. What Natasha saw made a deep impression on her and gave her the idea to gather items that may be collecting dust here and send them where they may be more needed.

“My aunt took me to an all-girls orphanage,” Natasha said. “I really wanted to meet them, and I met a girl with mental and physical issues who was raped when she was very young. She had a cane, but I watched her dance and be happy.”

“And I saw beggars. Adults and children were everywhere,” Natasha said. “Many were confined to single spots with a contorted leg. They can’t move and have a normal life.”

Natasha was struck by the fact that children were confined to those spots with a parent. Something as simple as a crutch or walker for the parent could help their children have more freedom, as well.

“I want local people to see these issues here in America and in countries they’ve never heard of, but also to be grateful for what we have here,” said Natasha, who was born in Easton. “So many people from other countries desperately need our help.”

The country her parents, who are U.S. citizens, emigrated from almost 20 years ago formerly was known as Ceylon during British colonial rule until 1972. Since then, it has been known as the Democratic Socialist Republic of Sri Lanka, an island country near southeast India in the Indian Ocean.

Natasha has collected quite a few crutches and walkers, but she’s hoping to get more wheelchairs. She’s gotten requests for orthopedic aids from Sri Lankan military bases, homes for the elderly and rural villages.

“I really need a lot more,” she said.

Her parents are “really excited,” Natasha said. “At first, they were reluctant, but they are really, really supportive.”

“I’m so proud of her, I’m gonna cry,” Manik Panduwawala said of her daughter. She is an accountant with the Maryland Transportation Authority in Baltimore. “She has great drive for her age. She comes up with solutions to problems. She knows what she wants.”

“Oh wow, it’s a great thing,” Natasha’s father Steve said. “We support her. We always talk about helping others which is the main thing.”

He has stored collected items in the basement of his business. In some cases, they have been donated, or he has reimbursed people who drop off items they have found at yard sales or Goodwill. The Sri Lanka community of 15 to 20 families in the greater Washington, D.C., area has donated orthopedic aids and money to help with shipping.

Natasha said she and volunteers will have a “packing party” on Sunday, March 26. Some items will be dismantled, and everything will be tied to pallets and then shrink-wrapped. They will travel halfway around the world in sea freighters.

Natasha isn’t sure what the future holds for her after high school. Right now, she’s looking forward to getting her provisional driver’s license in May and traveling by herself to Sri Lanka to visit family in early June. But she has a message to other teens: “You’re much more capable than you think you are,” she said. “You can do so much more than you think you can.”

To see a list of orthopedic aids you can donate for the current or future shipments, visit www.movementtoremember.org or visit the nonprofit’s Facebook page.